Vote! Lilith Fair OurStage Finalists Include Several St. Louis Artists, Including One Having a CD Release Show This Weekend 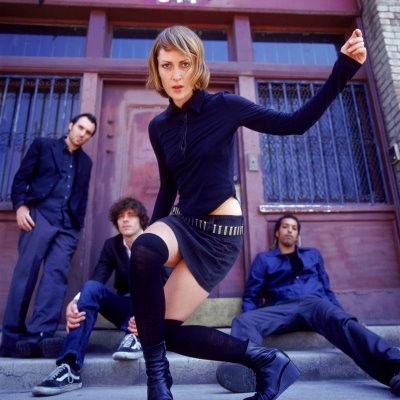 So, Lilith Fair? Still happening on July 16 at the Verizon Wireless Amphitheater. (We're not bitter that Heart is playing every date around St. Louis, though. Nope. Not at all.) And right now, the tour's holding a contest to choose one local/regional artist to take the last local performance slot. They've whittled down the contestants to ten regional artists and are letting fans vote. Some finalists hail from Springfield, Missouri; others hail from Kansas; one even claims Nashville as her hometown(?) But several St. Louis acts made the finals:

*Airplanes, an earnest indie-rock group who sent us an EP, Silver Lining, a few months ago. The band's sound immediately stood out as having a lot of promise: The production was slick and accessible without being cloying, and vocalist Sarah's singing was reminiscent of Rilo Kiley-era Jenny Lewis or Mandy Moore. (Not a dis, but a compliment: Moore's started to earn some pop-rock credibility in recent years, ever since she started making music that fits her voice.)

*Leslie Sanazaro: She's one of the more underrated performers around town, and her music has been described as a "Venn diagram where indie rock, downtempo folk and light jazz intersect. Her voice is strong but reserved; luckily, she relies on lyrics and the Brill Building basics of song craft to make her points, and refrains from piano-pounding histrionics or octave-jumping oversinging." 'Nuff said.

*Summer Osborne. A Vandalia, Illinois, native, Osborne specializes in folk songs, often with a message, but also often with a sense of humor: She recasts Gretchen Wilson's "Redneck Woman" as "Lesbian Woman." Her voice is interesting, though -- it's huskier than you might expect, like a rougher Jann Arden or a farm-raised Amy Ray. She's having her CD release show on Saturday night at the Old Rock House, for her fifth CD, Revelation.