Silversun Pickups, Against Me!, Common Highlight Live on the Levee Performers for 2010 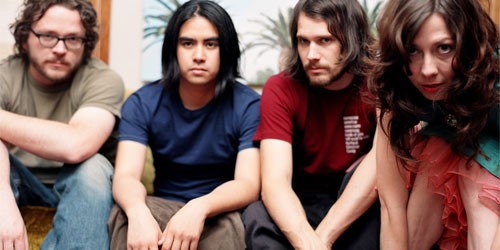 LA rockers Silversun Pickups, neo-punks Against Me! and rapper/actor Common are set to perform as part of the Live on the Levee concert series this summer, joining previously announced Fair St. Louis entertainment John Legend and the B-52's. The series of shows begins on Friday, July 9, with Common and continues through Saturday, July 24, with a triple bill featuring Silversun Pickups, Against Me! and the Henry Clay People.

The July 16 date is open at the moment, but the performer should be announced next week, according to Meg Shuff a publicist for Fair St. Louis.

"[Bookers] have a strong hold on the artist, but there was an illness in his family, so we wanted to give him time," she said at a press conference earlier this morning.

As always, the events are free and open to the all-ages public. Full lineup after the jump.

Silversun Pickups with Against Me! and The Henry Clay People opening Saturday, July 24