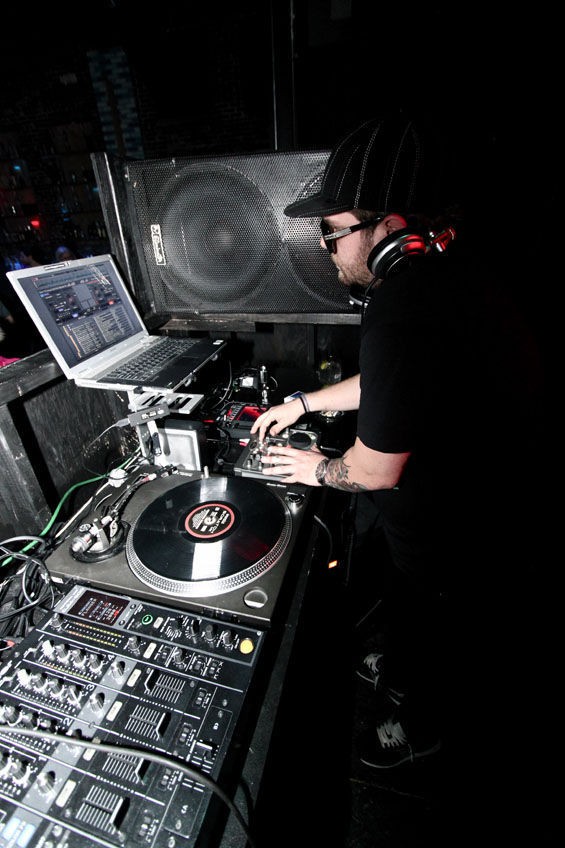 Lindell Boulevard in the Central West End has never been a hotbed of clubbing options, but the owners of Sol Lounge have managed to breathe new life into the area with several expansive floors of nightclub bliss. The bar has been open for a few years now, but it's more popular than ever, so if you haven't been, it's time.

The multi-level club boasts some 14,000 square feet of space, and even on the busiest nights, the place never feels too crowded. It's the perfect spot for the A.D.D. club kid; if you get bored on one floor, find the nearest staircase and head to another.

The main floor lounge follows the swank club archetype: cavernous, exposed brick, replete with low-slung couches, an impressive bar and progressive house pulsating throughout. The bar is a massive altar to alcohol, so large that employees need a 30-foot ladder to reach the shelves.

A nice touch that's sure to become status quo: When you open a tab, Sol bartenders hand your card right back, so if you forget to close out, there's no need for that other walk of shame back to the bar the next day. The bartenders are quick and sympathetic; the prices are a little higher than on average, but it's par for the course to overspend on drinks in that zip code. Luckily, the cover is only $5 on weekends, and free if you show up early enough.

Go up the stairs and through the bathrooms, up another narrow flight and you've hit Reference, the club within the club. Reference is well-appointed and beautiful -- the cozy corners and hardwood floor make it feel more like an exclusive loft party than a bar. Speaking of the bar, don't miss it: It's a glass case housing some of owner Brian Schmitz's family heirlooms. While you'd never guess it in the cathedral-like main room, the building is a renovated old house, and in Reference, you definitely feel right at home, especially if your house is overrun with attractive young people.

As expected, the crowd is diverse, and it's the only club in the West End with a 3 a.m. license.

Sol features a few weekly nights worth mentioning. Booker Gregory Elmore and Corey "Cor(e)yography" McCarthy are partners in Propaganda, the weekly dance party that's the hippest joint in town every Friday. The chillaxed B-Side Sundays features Billy Brown (who also DJs Fridays) and a rotating host of guest DJs. Brown has been DJing at Sol for a while, along with the 2Legit/Propaganda crew. "Sunday is kind of like the 'b-side' to the weekend," Brown says. "I want to provide more of a lounge atmosphere, while Fridays are about dancing and partying." If it's progressive house you're looking for, Rob Lemon plays at Sol monthly. Definitely keep an eye out for the national acts and international acts they bring.

Since taking the reins booking for Sol, Elmore has brought in a few heavy-hitters on the bloghouse scene, or as he calls it, Indie-Dance/Nu-Disco. JFK of MSTRKRFT, Felix Cartal and Le Castle Vania have played recently, and the Classixx and LA Riots are on tap next, on May 28 and June 4, respectively.

While I'll never forgive the Grind for closing -- the beloved coffee shop was in the same building -- there's no place like Sol Lounge.