Review + Setlist: Aging Gracefully with Girl-Group Pioneers the Bangles at the Pageant, Sunday, May 2 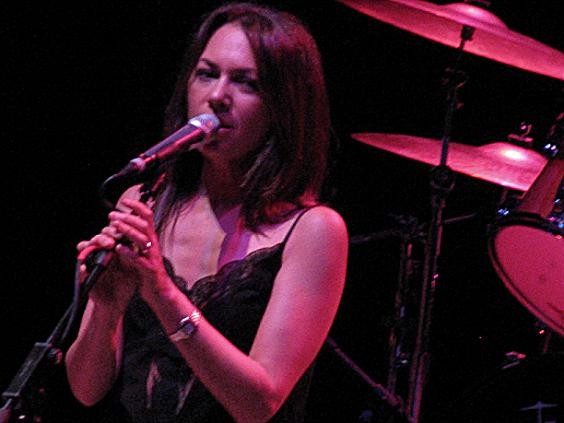 The Bangles saved its mega-hit, "Walk Like an Egyptian," for the last song of the encore. The three principal members of the Cali group - vocalist/guitarist Susanna Hoffs and sisters Debbi (drums/vocals) and Vicki Peterson (guitar/vocals) - moved to the front of the Pageant stage and shimmied as they performed their own music. They moved seamlessly into a snippet of the Who's "Magic Bus" before steering the tune back to its final chorus and jagged ending.

This fun romp capped a loose and lighthearted 90-minute set, which balanced hits with album cuts and fan favorites. A slower-than-usual "Hazy Shade of Winter" (think closer to the tempo of the Simon & Garfunkel original) started the night off on a low-energy note. That sluggish tone bled into second song "Restless," a '60s fuzzpop nugget which dates from 1984's All Over the Place. With the glittery, sun-kissed "Manic Monday" up next, however, the set started to pick up momentum.

If anything, the band grew stronger as the night wore on. Devoid of '80s production gloss and cheesy keyboards, "If She Knew What She Wants" dawned as a timeless pop song. "Ride the Ride," a bouncy watusi from 2003's Doll Revolution, featured breathtaking harmonies; so did that album's "The Rain Song," which Vicki dedicated to victims of flooding in Nashville. The rollicking rave-up "In Your Room" started off the encore on a perfect note; thanks to the vocal contributions (and enthusiastic dance moves) from openers Sick of Sarah, whom the Bangles invited onstage, the song evolved into a bubblegum barn-burner. Even "Eternal Flame," the prom-schmaltzy slow-dance, was a treat, mostly because of Hoffs' preserved-in-amber voice.

The Bangles' influences - girl-groups, '60s-era psych-pop, jangle-rock, punk - are rather straightforward; its many cover songs tend to come from these genres as well. Last night was no exception: A version of Big Star's "September Gurls" - a set staple - felt more poignant in light of Alex Chilton's sudden passing in March. An unexpected performance of Nazz's "Open My Eyes," on the other hand, was a clattering garage-punk nugget.

Besides die-hard fans, few people mention the collective musical talent found within the Bangles. But that's exactly what stood out at the show. The band's three-part harmonies were jaw-droppingly precise, as gorgeous and delicate as fine china. Hoffs and Vicki Peterson leaned back into rock-goddess poses constantly during the set, and also went knee-to-knee on a guitar duel near the end of "Hero Takes a Fall." That song also found Hoffs whipping her hair around her head in a slow headbang, like she was in a hair-metal band. Drummer Debbi took lead vocals on several songs and vacated her kit to strum an acoustic and sing several songs, including "Going Down to Liverpool." And the heavy psych-rocker "Watching the Sky" was a riff clinic and a nod to classic rock. (Bassist Derrick Anderson and keyboardist Greg Hilfman - the latter whose science-professor demeanor and excitement when performing was charming - anchored the music.) The band ensured the show wasn't a nostalgia trip, though. Besides the Doll Revolution songs, it debuted a new tune from a long-gestating, forthcoming album. Hoffs assumed lead vocals, and her girlish voice floating over the intertwined, lower harmonies of her band mates. Slower and taffy-pulled, it brought to mind the Bangles' one-time peers, the Dream Syndicate.

Vicki introduced the Nazz cover as a "moldy oldie" and joked about their career longevity several times (including when she noted that she wrote "He's Got a Secret" when she was 19). The insinuation is that the Bangles - who have been around since the early '80s - aren't spring chickens. But time has been extremely kind to the band - unlike most of its peers, the group can still create vibrant, interesting new music that fits in with the rest of its catalog. Judging by the energetic, impressive performance last night, the Bangles still have many more years left in their career.

Sick of Sarah frequently visits St. Louis, mostly at Cicero's. The bigger Pageant stage gave the Minneapolis quintet room to spread out, and it rose to the occasion. During its half-hour set, it came across like Tegan and Sara listening to a steady diet of, well, rock girl-groups such as the Bangles and the Go-Go's. Its energy - especially manifested in the indefatigable front woman, Abisha Uhl - engaged the audience. 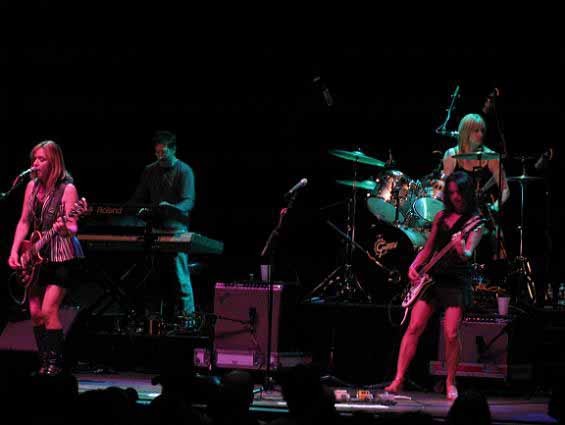 The adorable little girls doing the boogie during "Walk Like an Egyptian" were Hoffs' nieces, who she said flew into town for the show.

Much of the crowd was an energy-sucking black hole. Even for a Sunday, the lack of engagement -- seriously, not even a head-bob during some of these tunes? -- was disheartening, if not puzzling. This was a rock show, not a theater performance.

Personal Bias: My mom stole my Bangles Greatest Hits CD when I left for college. She was really jealous I saw them last night, in fact. 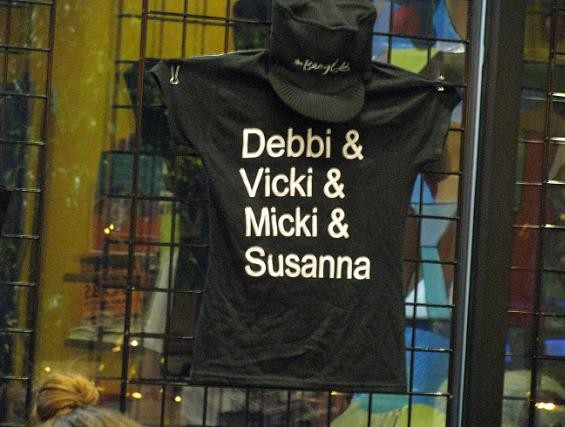 Setlist: "Hazy Shade of Winter" "Restless" "Manic Monday" "Live" "The Rain Song" "If She Knew What She Wants" "Some Dreams Come True" "He's Got a Secret" "Here Right Now" new song "Going Down to Liverpool" "Eternal Flame" "September Gurls" "Watching the Sky" "I Got Nothing" "Open My Eyes" (Nazz cover) "Get the Girl" "Be With You" "Ride the Ride" "Hero Takes a Fall"