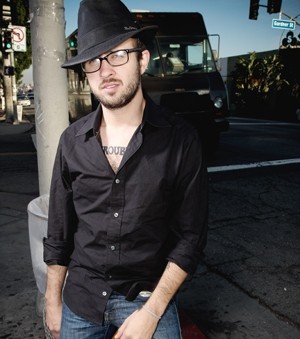 St. Louis has seen some major names in bloghouse come to town as of late: JFK of MSTRKRFT, Le Castle Vania and Designer Drugs. But this Saturday, you can see one of the most sought-after DJs on the circuit today, Franki Chan. Chan is the founder and mastermind behind the lifestyle brand IHEARTCOMIX, not to mention, he's the guy who knows what you're going to be into before you do.

IHEARTCOMIX was founded in 2003 by Chan, and early on, they developed a reputation for breaking bands and predicting trends, as well as producing some of the most innovative parties around. It wasn't long before Chan decided to form a label under the IHEARTCOMIX moniker. Notables signed to the IHEARTCOMIX label are Matt and Kim, Acid Girls and the Toxic Avenger, among others.

Chan has played alongside some of today's hottest acts, such as Crystal Castles, Diplo and Peaches, he's a respected mixtape artist, and he's played parties for A-listers such as Lindsay Lohan, Christina Ricci and Paris Hilton. We caught up with him over the phone earlier this week at IHEARTCOMIX headquarters in LA. He'll be at the Gramophone this Saturday, May 1, with DJ Clockwork, Drace and DJ Trash Talk. Ladies are $5 all night, and tickets are $5 in advance; dudes are $7 at the door.

What was the impetus behind starting IHEARTCOMIX? The name came from a need to have a name for something that wasn't named after myself. At the end of 2003, I moved from Seattle to Los Angeles, I had kind of graduated from being an intern and working for a rock club there, to kind of starting to do my own parties here. Once I threw a couple things and people started showing up, I figured I should brand it something, and so I named it IHEARTCOMIX, because I like comic books. But when it began it wasn't a business or an idea for it, it was kind of just like a mask. Over time it became obvious that it was growing, whether it was through shows or through us working with different people, artists, djs, bands, and I decided we should take it more seriously, and that's where the idea for the record label came from.

Have comics been a lifelong love of yours? Totally. I'm a big Marvel fan, I'm a big reader of a lot of that universe, like X-Men and Spiderman and The Avengers. Walking Dead, Y: The Last Man, Sandman, Blankets.

What are some of your favorite IHEARTCOMIX productions? I'm really really proud of everything we do in Austin during South By, we've been there for five years now, and we've always managed to do something that was new and big there. I'm proud of the first Matt and Kim album. I really like the last crop of music videos that we made this past year, I feel like we got a good team of directors, and everyone kind of warked with eachother to make this larger than life. We did a weekly party for two years in LA called Check Yo Ponytail!, which was really cool, and left a very strong legacy.

What IHEARTCOMIX projects are you most excited for in 2010? Most of this year, I'm actually taking the time to do my own stuff, it's less of a focus on the label and parties and more on me trying to get my own music done and out, and working on new art and doing some writing. We do have a couple of events coming up, we're going to do something big at ComicCon, and sometime in the fall we're going to do a five- year anniversary party. We're just getting going on a much larger endeavor for January 2011, which is going to be a festival on a cruise ship. Three days. It will be pretty cool.

Tell me a little bit about the music you're doing on your own, I heard you were supposed to have a single out this spring? Yeah. It will probably be summer at this point. I guess it's like dark techno, it's got some minimal elements to it. It doesn't really sound like blog house, or electro or dubstep, it has more of a European feel to it. There's elements of Dutch stuff to it, it's got kind of a Radioclit feel, it's long and dark, sort of like what Jokers of the Scene does. It's definitely a mixture.

Release date? I would say July. 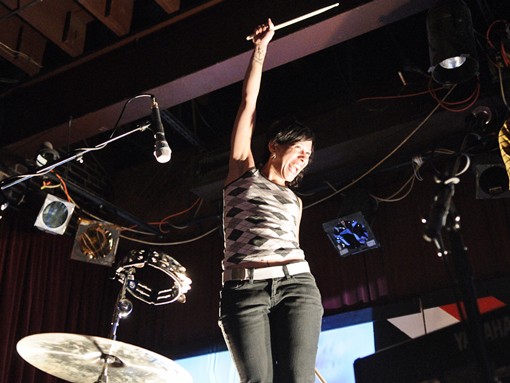 What are some of the tracks you can't live without right now? There is this Afro Jack song called "Bang Duck," that's really good. There's a new Acid Girls track called "Belgian Elf" which isn't out yet, but it's incredible. Designer Drugs "Drop Down," Dave Nada "Drummer's Rock," and Pablo Calamari and Velicious "Think About You (Playload remix)."

What are some trends you're seeing across the country right now? Well, Dubstep is going through some big heyday, everyone seems to want that everywhere, all the time. I've been seeing lots of oversize tank tops. It seems like people are drinking a lot of Vita Coco, I'm drinking some right now. it's like coconut water in a box. It's delicious. It's better for you than, say like, Gatorade, it's the same kind of thing. Dutch House stuff is pretty big. It's kind of, I guess like, minimal-esque beats with pingy noises over it.

Take me through the typical day for a DJ, illustrator, producer extraordinaire. What's a typical day in the life of Franki Chan? Waking up and working in the Iheartcomix office, every day is kind of different, wewe're either working on a record or working on a show or something else. So it's kind of like this group of people trying to accomplish whatever the day's goal is. that will go til around 7ish, and then typically I'll work on music or draw or go out. Emails, phone calls, scanning, talking, joking, Facebooking.

Outside of the stuff you play, what are you listening to right now? I'm listening to a lot of like Goth music, I've been listening to the Romanitcs a bunch, Jawbreaker, newer acts like Sleigh Bells and The Very Best.

What's your go-to song to get people on the dance floor? "King of Africa" by Douster.

Dance-floor killer? There's plenty of those. I don't know, you can just play music that is the opposite of whatever you're playing that's making people dance. Some songs that will work for certain crowds are posion to others.

What can people expect at Saturday's show at The Gramophone? Fun times. Lots of shots, I guess. And dancing.