So what festivals should Ben & Jerry's honor next, and how? 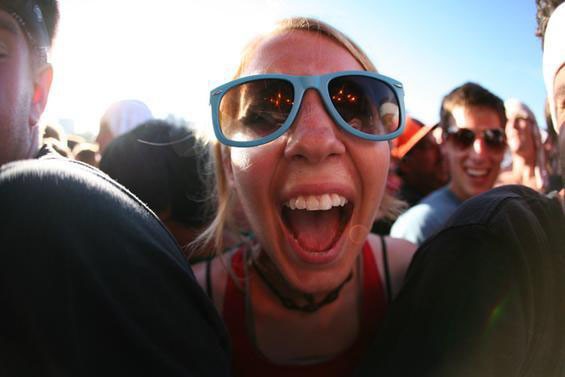 5. Lollapalooza - Poppy Lollis The original alternative festival's leaning more towards pop these days with acts like Soundgarden, Lady Gaga and Green Day leading the festival while the alternative acts take the earlier time slots. Celebrate the pop by sticking some lemon poppyseed ice cream - the seeds borrowed the the buns of the Chicago hot dogs, of course - onto sticks. Dipped in a hard candy coating, and it's the coolest snack for broiling in Grant Park.

4. Coachella - Echo and the Carob Bunnymen It's a little late for Coachella, which happened earlier this month, but it's never too late to celebrate the combination of dry California desert and goth. Enter Echo and the Carob Bunnymen. 70% dark, dark goth chocolate flavors a fat-free tofu-based frozen dairy product dotted with carob-shaped bunny rabbits. Sure to please Zooey Deschanel and the rest of the Hollywood's young, vegan elite in the VIP suites. 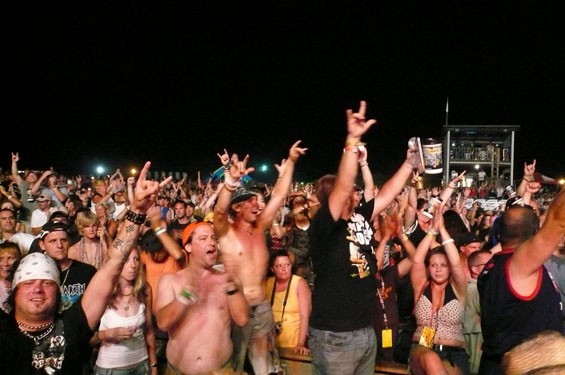 3. Rocklahoma - Poison Cherries Hell yes, Rocklahoma's getting an ice cream! The Pryor, Oklahoma, celebration of metal old and new gets Poison Cherries. In honor of ailing Poison front man Bret Michaels, this middle-American plain vanilla base is filled with maraschino cherries that have been soaked in Everclear for two years. Rocklahoma performers Buckcherry should approve, because this shit will make you a crazy bitch.

1. LouFest - Show Me Sweet Tea Concrete We'd be remiss if we neglected Loufest, our local foray into the festival scene. Thanks to the Forest Park location, Ben & Jerry's can build on the 1904 World's Fair reputation for introducing iced tea and ice cream cones to the world. Enter the Show Me Sweet Tea Concrete. Frozen custard, blended with sweet iced tea and bits of buttery waffle cone. Super-sweet, loaded with fat and calories, and so cold festival-goers can combat late-August heat stroke by packing their bodies in it.