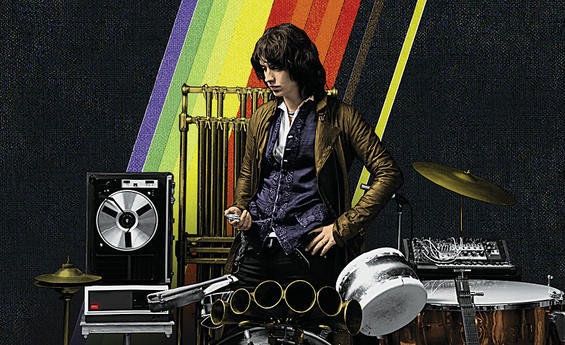 At the Pageant tonight, Strokes vocalist Julian Casablancas will be headlining as a solo artist, in support of his electro-tinged album Phrazes for the Young. In this week's paper, Katie Moulton interviewed Casablancas; the two discussed fatherhood, his musical direction and what to expect from the show. Tickets are $25, and are still available. Check out some outtakes below.

Katie Moulton: I wanted to ask you about "Boombox" [the Saturday Night Live digital short with Andy Samberg]. Can you tell me how that collaboration happened? Julian Casablancas: Definitely the most fun I've had working on music. [The Lonely Island comedy troupe of Andy Samberg, Jorma Taccone and Akiva Schaffer] are super-smart, logical dudes. I had this melody put aside in case they ever asked me to do anything. I didn't want to ever push it because they're friends. I didn't want to be weird about it. But I always thought, they're so good at copying genres and styles and beats, and I just thought that if I could help it would be in the melody department.

So were they kind of taking on your genre? Were they spoofing you at all? No. I was like, how should I dress? At first it was going to be kind of '80s, big hair, but it became kind of future. They wanted like the first Terminator vibe. We were joking. [Samberg] was wearing like a joke version of what I wear...

Yeah, like the fingerless gloves. I mean, I don't consider it making fun of me. I think when I wear it, it doesn't look like a joke. Maybe it does to some people. That's okay with me.

How has [playing with your current touring band been a change for you from touring with the Strokes? Going from people you've known for a while, to a new group? It's been more fun.

Are the shows more fun, or are you just having more fun? Both for me, you know. Just less cooks in the kitchen. We don't have to - I don't have to hear people fighting about what kind of van we're taking to the airport.

The Lollapalooza lineup was announced, so we know for sure the Strokes are one of the headliners. Have you had to switch gears in working on a new Strokes album as opposed to working on your own? No, it's fine. It's worked out. I don't mind juggling.

On your solo album, it sounds like you're pulling from different influences than on Strokes albums, so are you branching out on this fourth one? I don't know yet. I'll tell you when it's done.