Show Review + Setlists: The Album Leaf and Sea Wolf Are Pleasant, But Not Transcendent at the Luminary Center for the Arts, Saturday, April 24 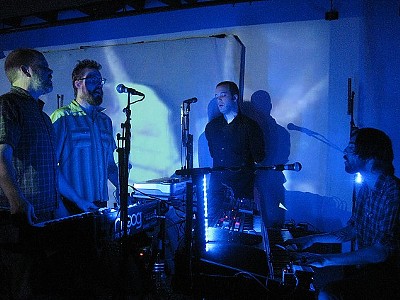 The show started an hour late due to yesterday's mind-blowing storm. About two hundred people waited an hour in line before the doors opened, but the crowd's mood shifted from grumbling anticipation to enthusiastic applause once the show began.

Two sextets were in the house last night. Both acts were from California, both were fronted by scruffy front men and both utilized stringed instruments you don't usually find at rock shows: cello for Sea Wolf, violin for the Album Leaf. That's where the similarities end, except for the seemingly ubiquitous decision to leave charisma out of the equation. Sea Wolf's amiable Alex Brown Church made at least one attempt to engage the audience, bless him. Album Leaf frontman Jimmy LaValle made no overtures.

Sea Wolf opened the show with a seamless set. Church played "Orion" solo before being joined on-stage by his five bandmates. The band played a few cuts from its 2009 release White Water, White Bloom, the understated near-anthems "Dew in The Grass" and "Wicked Blood" struck the audience well. Church's heartfelt lyrics were a bit lost in the mix of drums, keys and sweet, earthy cello. 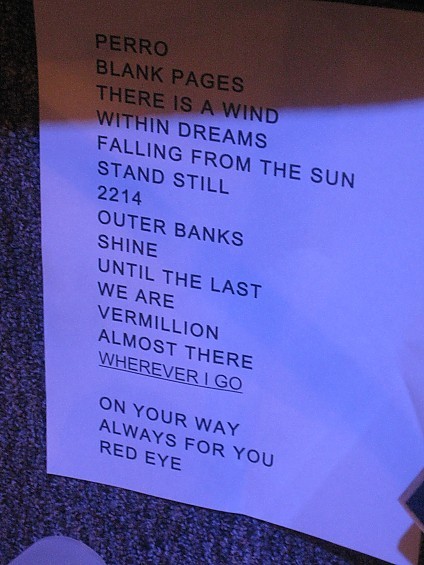 Church's crooning pop sensibilities and song construction were a stark contrast from the Album Leaf's repetitive sonic dreamscapes. The latter band is the brainchild of LaValle, whose other projects include instrumentalists Tristeza. The long running-post rock outfit is also primarily instrumental, though its 2010 album, A Chorus of Storytellers (which was produced by none other than Icelandic post-rockers Sigur Rós) showcases LaValle's songwriting and vocals better than previous albums,

Still, during last night's live show, the vocals were nearly an afterthought. While hearing and understanding Church's lyrics were necessary to enjoy Sea Wolf's set, the lengthy instrumental jams were the high points of the Album Leaf's set. The band worked as a well-oiled machine and perfectly translated its ambient studio sound in real time. Highlights included "Falling From the Sun," "2214" and "Wherever I Go," which showed the Album Leaf's command of the new material as well as the older songs.The electronic elements, drum machine and live drums meshed well with the atmospheric bass and guitar textures. Matthew Resovich's violin soared and waned throughout the show, adding an organic richness and soul that cut through the post-rock haze. The ability to almost completely replicate your studio recordings on stage is a rare gift, but not one that I'm sure I want to give any credit for. While the show was lush and elegant, the musicians imparted no visceral connection to the music. The sound was great, the musicality and instrumentation perfect from top to bottom, but the overall effect was a polite yawn. The crowd enjoyed the show, but had they been riveted, I'd wager more people would have stayed to the very end.

Critic's Notebook: I didn't leave the show with a new appreciation for the Album Leaf, I left somewhat confused as to whether or not I even enjoyed their set. "C'mon now," you're thinking, "Isn't masterful command of your instruments enough? Isn't creating a lush, layered musical feast enough?" I wish I could say it was. I would have welcomed a few discordant notes or off beats, at least then I could say for sure that the musicians weren't on auto-pilot. 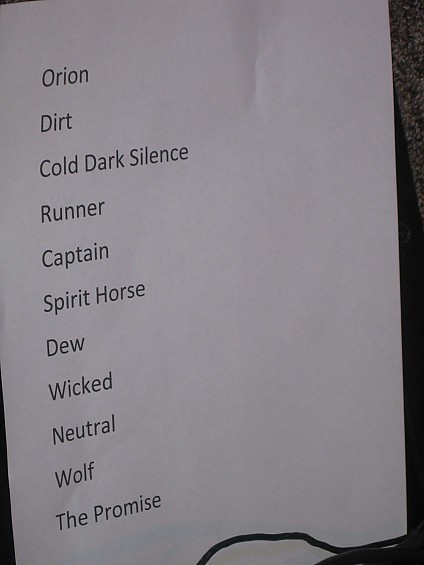