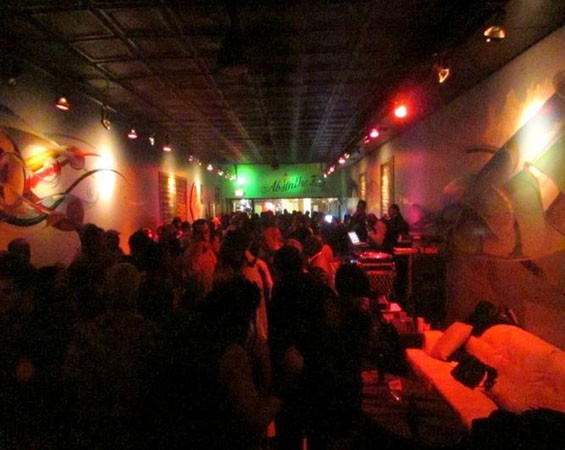 Lola fills a niche that's been missing in the Washington Avenue scene: an upscale neighborhood joint where downtown denizens can sip, nosh and enjoy a variety of live music.

"We're trying to bring something back to downtown that has entertainment, great cocktails, where people can socialize and gather," said Chris Hansen, who co-owns Lola with Cijo Matthews.

The pair first met under happy circumstances: Hansen, an entrepreneur who left Talent Plus after opening Lola, booked Boyz II Men for Matthews' wedding in Chicago. Later, the latter approached Hansen with the Lola concept by saying, "You made this come true, I've got another dream, can you help me with that?" Hansen calls the whole endeavor "serendipitous. We put our heads together and made it happen."

Lola opened in the old Crepes in the City location (500 N. 14th) back in January, and has since been making its mark on the neighborhood. There's not much they don't do at Lola: brunch, dinner, crepes, charcuterie plates, drinks, live music and, of course, incredible cocktails. To further emphasize Lola's neighborly aspect: On Sunday afternoons, they have a barbecue on the adorable patio.

Hansen said most of the bars and restaurants are built to attract people to downtown, and not for the people who live there.

"I didn't see a lot of places for people like me," said Hansen, defining Lola's clientele as "an adult audience." "Downtown, I see lots of young people coming from the county, we wanted to provide a place to gather that isn't a high-energy dance club or sports bar. We built it for the neighborhood, we're bringing together a diverse group of downtown dwellers that represent the melting pot of St. Louis."

Bar manager Matt McMullin has created an impeccable drink menu that's a marvel of mixology. Lola's Lofty Libations--all named after downtown lofts--are inventive new takes on old standards. Hansen's favorite drink is the Cupples Station, a Sidecar that's "ten times better than the original," made with Courvoisier, Rothman and Winter pear liquor and muddled lemons. On a recent visit we chatted with bartender extraordinaire Erin, and she talked us into the Vanguard, a truly perfect cocktail that is a coffee lover's wet dream; it's made with Three Olives Espresso vodka with fresh coffee and Kahlua. Also recommended is the Laclede: That's Crème de Violette paired with Gelida Cava champagne, a refreshing spring cocktail that leaves just a hint of violet on your palette.

Most of the drinks are named after lofts in the neighborhood, and Hansen said the lofts without cocktails are vying for the next slot on Lola's menu. They even have a clever little mocktail menu; all the drinks are named after infamous rehab centers like the Betty Ford Center (chocolate, cream and fresh coffee) and Cirque Lodge (sparkling apple cider, cinnamon and Sprite).

Hansen said in a few weeks Lola will be revamping the menu for spring and summer, which will feature "locavore" specials with local ingredients from independent farmers. Also on tap for Lola? A 3 am license is in the works, along with a late night menu that serves until 2 a.m.

As for the music, Javier Mendoza and the Jim Stevens Group have weekly residencies, along with DJ Needles and a host of other acts from many different genres; styles represented include soul, live electro, funk and hotbox jazz. There's no live music on Mondays or Wednesdays, which are Lola's industry nights open to anyone in the biz, as well as anyone involved in the arts.

For the perfect night at Lola, says Hansen: "Come in before the music starts, grab a seat by the window on 14th, grab a couple cocktails, you're bound to find your new favorite drink, maybe grab some mussels or small plates to nosh on. Come here when you're in a good mood, ready to socialize Be ready to come for an experience." Simple as that.

While Lola may not be the new haunt for the young, semi-broke and fabulous set -- it's can be a little pricey for those on a budget -- it's sure to please the most discerning grown-up patrons looking for a fun night out.