(Welcome to Nightclubbing, our new weekly feature where we highlight new bars and clubs in town -- or remind you of some old favorites you may have forgotten. Hear of any new bars/clubs/venues opening? Email our clubs editor, Diana Benanti.) 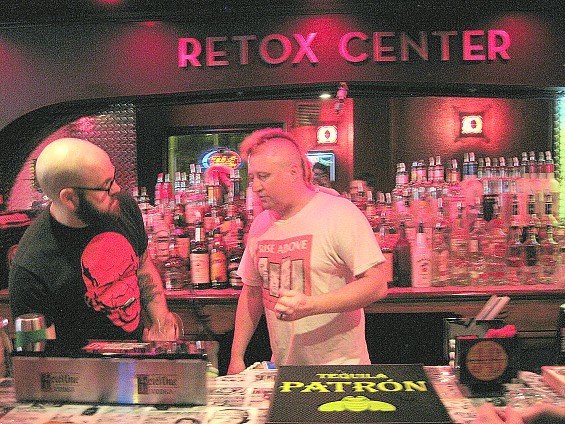 Husband-wife owners Steve (better known as Doc) and Shelly Dachroeden had a soft opening for the venue (which is located at 4701 Morganford at Itaska) some two weeks ago. They didn't do any advertising, save for a few messages on Facebook, and that first night they had an unexpectedly massive turnout of about 130 people. That trend has continued.

"The past couple nights, we've been kicking out 30 people at 1:30. It's been crazy, especially since we didn't do any advertising," says Doc. "I'm really stoked."

Three things are important at the Silver Ballroom: punk rock, pinball and PBR.

The bar has seven pinball machines now, including No Good Gofers, Apollo 13, Elvis and house favorite Champion Pub. (Doc, a self-proclaimed pinball junkie, has plans to bring in more.) As for the PBR, draft isn't available yet, but it's in the works; a menu of gourmet street food by Fats Pierre is also coming.

As for the punk rock part? The Silver Ballroom's jukebox is a quick study in every band that matters. The Clash, Bad Religion, Stiff Little Fingers, Iggy Pop -- it's all there. Even locals The Humanoids made the cut.

"We only bought four CDs," Doc says. "The rest I had in my house." Opening the Ballroom was a labor of love and a long-time dream for the Dachroedens. They worked on the place every day for about six months before the soft opening, and did everything themselves.

"We built the whole mess," Doc says. "Shelly had the jigsaw out, we did everything ourselves." They even hand-made the bar top, which is inlaid with several hundred fliers from local punk rock shows and covered in polyurethane.

"We put a message out on Facebook asking if anyone had fliers from their favorite shows, we ended up getting about 400," he says. "We scanned and shrank them, and then my wife laid them out."

Though there is a small stage in one corner, don't look for the Silver Ballroom to be a music venue, however. "The idea was not to have shows, ever," Doc says with a wry smile. "I just think you can go see live music other places." He also noted that they may have the occasional celebrity bartender from bands he knows from his work in the music industry, and possibly trivia, but no theme nights.

Patrons of the Silver Ballroom will certainly find similarities to another south-side haunt, the Bleeding Deacon. In fact, Doc is a big fan of that bar, and said he usually writes, "Go here or the Bleeding Deacon" on a lit-up specials board by the front door. "I really like what they're doing over there."

In the end, Doc says the process of opening the bar was a learning experience, a series of lucky what-would-happen-ifs -- if we threw glitter on the floor, if we cut the bottoms off a bunch of Jack Daniels bottles and turned them into light fixtures. The effect is a polished, fun bar that maybe could be pretentious -- but isn't. 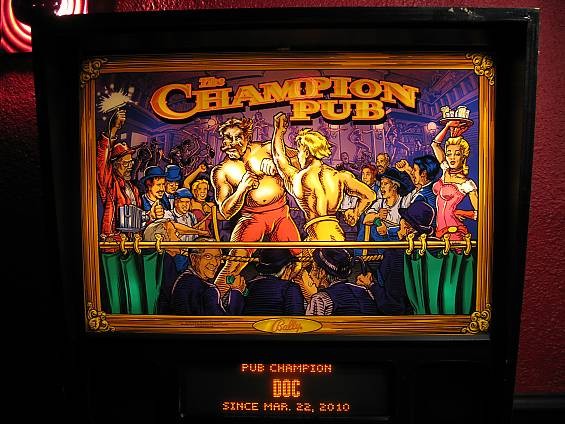 The Silver Ballroom Website: Facebook page Where: 4701 Morganford at Itaska Hours: 3 p.m. to 1:30 a.m. Monday-Saturday Cover: None! Drink du jour: PBR, man. Or any of the house shots (Gang Green, Blondie's a Slut, U.S. Bombs) Smoking? Until January 2011. Parking: Street Do it yourself ethos, looking out for your fellow bar man-kind and PBR -- it doesn't get more south St. Louis than this.