Finally. Great weather is here. Get out there and enjoy it, but don't go broke doing so. If you're looking for something affordable to do this weekend, here are our ten suggestions that will cost you $10 or less.

The Felix Culpa at Lemp Arts Center (Friday)
Post-hardcore band The Felix Culpa's latest record Sever Your Roots is an epic, cohesive album in the truest sense of the word. Songs fit together seamlessly and the segues don't sound contrived, a natural ebb and flow which leads perfectly to effort's last two (and arguably strongest) songs, "An Instrument" and "Apologies." Above all, Roots' fifteen tracks demand 66 minutes of the listener's undivided attention - and thanks to great production and inventive playing, the music actually deserves that attention. See them live at the Lemp Neighborhood Arts Center on Friday for just $7. Read the rest of Shae Moseley's preview here. 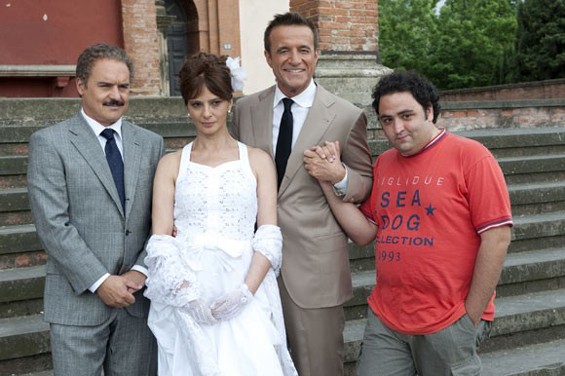 Italian Film Festival at Washington University (Friday & Saturday)
This Italian Film Festival shows movies for free at Wash U's Brown Hall (Room 100) at 8 p.m. on Friday night and an 5 p.m. and 8 p.m. on Saturday nights every weekend through April 24. Writes Allison Sieloff in her preview: "Though not necessarily produced to be ambassadors of culture, the films in the fest were chosen to shed light on what being Italian means today -- and they provide a bit of free fun for three straight weekends." Well put. 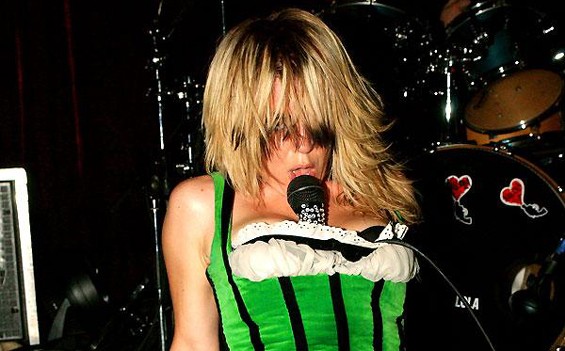 Killola at Cicero's (Friday)
Killola's sound is rooted in '70s and '80s guitar rock and new wave. Think Blondie updated for the 21st century, with a dash of Veruca Salt and Hole. The Los Angeles quartet isn't riding a trend, though; instead, it's winning over crowds one fan at a time. By the look of their photo gallery of Killola tattoos (39 pics and counting), it's working. They play for just $8 at Cicero's at 8 p.m. on Friday. Read the rest of Scott Heisel's preview here.

"Rehab" at Reference at Sol Lounge (Friday)
DJ's from Chicago's popular "Rehab" electro dance party make their way south on Friday to Reference, the space above Sol Lounge (4239 Lindell Boulevard). They team up with popular local electro DJ Corey McCarthy. It's 21-and-older only, and $5 if you RSVP on the party's Facebook page, otherwise it's $10 at the door. 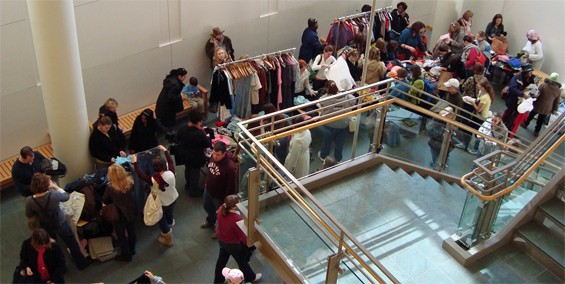 Swap-O-Rama-Rama at the Missouri History Museum (Saturday)
"After Ms. Day put away her cashmere sweaters and wooly scarves, she looked around her closet and wondered where everything went -- and what in the world she wore last spring. Did she really don that dreadful jacket? How did she ever resign herself to step into those pants? And those sandals? Seriously? It happens every year about this time." Which is why Swap-O-Rama-Rama is such a popular event -- bring your old clothes and swap them out for new-to-you duds. It's free and runs from noon to 4 p.m. on Saturday at the Missouri History Museum. Read the rest of Ms. Day's preview and get more details right here. 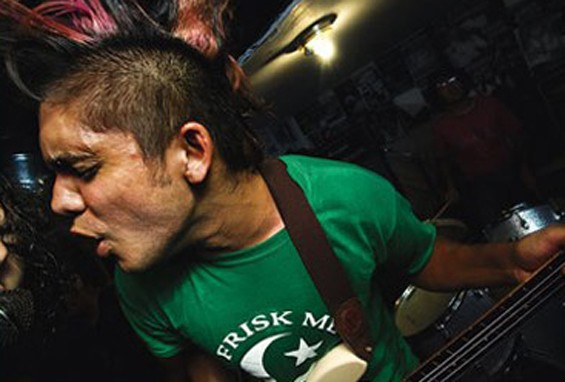 Taqwacore: The Birth of Islamic Punk at Webster University (Saturday & Sunday)
Punk is synonymous with anarchy. Islam literally means "submission." Michael Muhammad Knight doesn't see any contradiction. In his 2003 novel, The Taqwacores, the American-born Islamic convert imagined a Muslim punk scene complete with Islamic straight-edgers, drunk punks and even a burka-clad riot grrl. Inspired by Knight's book, real-life Muslim punks pogoed his vision into reality. The documentary Taqwacore: The Birth of Islamic Punk follows Knight and his punk coreligionists as they perform at various venues in the United States and on the streets of Pakistan. The documentary screens on Saturday and Sunday night. Tickets are $5 to $6. Jason Toon has more details in his preview here. 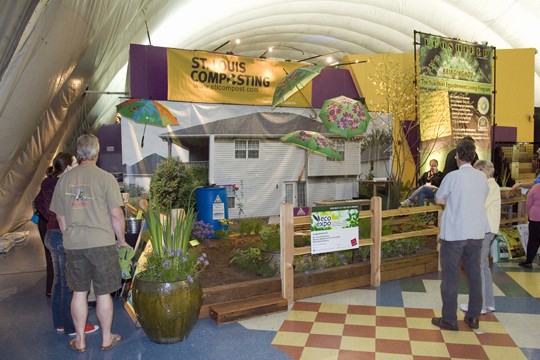 Eco Expo 2010 at the Saint Louis Science Center (Saturday & Sunday)
How can you determine which products are legitimately eco-positive and which are just marketing hype and buzzwords? To aid you in your quest for a healthier lifestyle, the Saint Louis Science Center and ecolifestl.com present the second Eco Expo. Local and national businesses exhibit their eco-wares while interactive displays and guest speakers provide useful information on effective and practical ways to lessen your environmental impact. The Eco Expo runs from 9:30 a.m. to 5:30 p.m. at the James S. McDonnell Planetarium. Nicole Beckert has plenty more details right here.

Currents 104: Bruce Yonemoto at the Saint Louis Art Museum in Forest Park. (Opens Friday)
Posing Southeast Asians in the uniforms of the Union and Confederate armies for his formal portraits, artist Bruce Yonemoto cleaves the romanticism from the earlier war and also removes some of the "us-versus-them" stigma that still clings to images of the Vietnam era. The resulting shift in point of view strips the old feelings and dogma away from both wars, allowing us to consider each war without the burden of history. The exhibition opens on Friday at the Saint Louis Art Museum and admission is free. Read the rest of Paul Friswold's preview here. 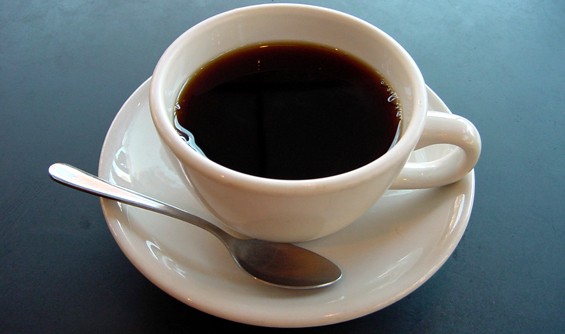 Watch the Go! St. Louis Marathon at Nadoz Cafe (Sunday)
Not a runner? Me either. Instead, get a great view of the herd of marathoners at Nadoz Cafe at the Coronado (3701 Lindell at Spring, along the marathon route) on early Sunday morning. The cafe opens at 7 a.m. and will offer its hot breakfast menu, bagels, coffees and more. G'head, wear your running shoes anyway. More details are on the Facebook page for the cafe.