Judging by the looks of last night's sold-out performance at Pop's, Bone Thugs-N-Harmony could've easily filled a much larger venue. The joint was packed to capacity, and I had at least three people ask me if I had tickets to sell before I made it to the front door. 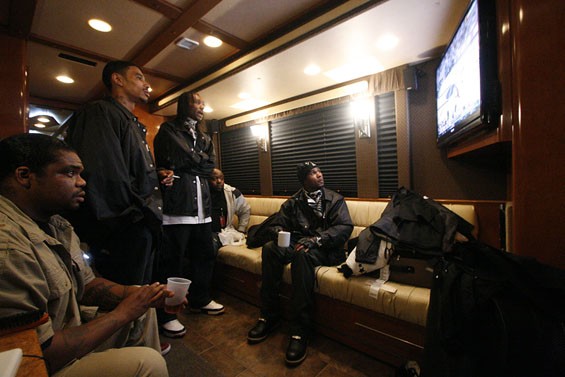 Just as the crowd was starting to grow impatient, Layzie Bone took the stage with his verse from E.1999 - and the place went nuts. Krayzie, Flesh, and Wish all received a similar reaction upon their arrival onstage, and that set the tone for the rest of the night. It was a little disappointing that Bizzy opted out of the tour, but there's no use crying over spilled milk.

On another note, congratulations may be in order for some of our homegrown talent. After performing a few hit singles ("Thuggish Ruggish Bone," "Days of Our Lives," " Foe tha Love of $"), Layzie introduced the St. Louis-based trio, June 5th, as part of the Thugline family (Krayzie and Wish's record label). The voluptuous vixens spit a verse over Bizzy Bone's part on "1st of tha Month" before performing their single "Dollaz." 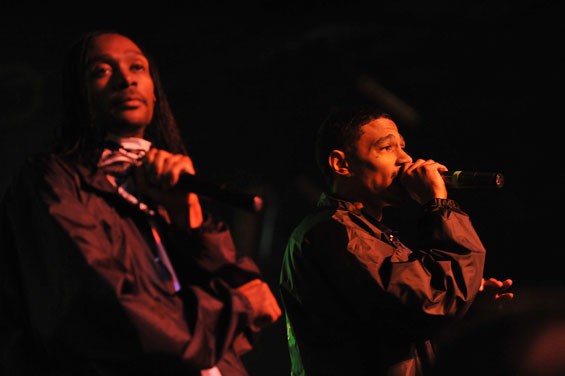 Bone proceeded to play most of the hits that you would expect to hear, including their collaborations with 2-Pac, Biggie, and Akon, but I was surprised not to hear "Look into My Eyes" or "Home." They mixed in some material from their upcoming album Uni5: The World's Enemy, such as "See Me Shine" and "Facts Don't Lie," and saved the Grammy-winning track "Tha Crossroads" for last.

What was so incredible about the show was the energy - both from the performers and the audience. The floor was crowded from wall to wall, and everybody was participating in the show. Most of the fans (myself included) knew almost every lyric, and every call-and-response was as loud as the first one. Flesh-n-Bone worked the far corner of the stage, engaging people in the back rows, and Layzie did a little bit of crowd-surfing towards the end. BTNH's set lasted about an hour and a half, and the crowd loved every minute of it. 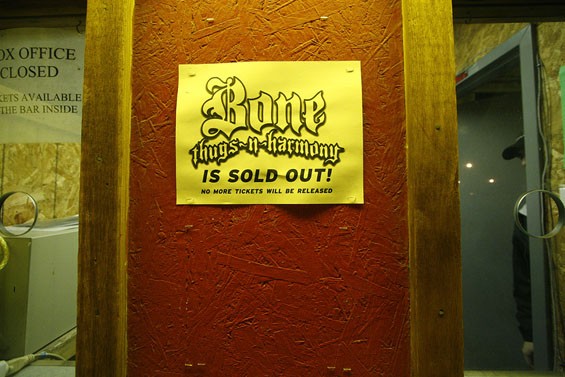 Presumably, the people involved with booking this tour weren't sure how big demand would be; that would explain the mid-sized venue and the cheap ticket prices (tickets were $15, but I overheard some going for $50 in the parking lot). I suspect that the next time they're in town, it will be a bigger (and more expensive) event.