An Exclusive Excerpt of Steve Almond's Rock and Roll Will Save Your Life, Part Two

Austin singer-songwriter/musician Bob Schneider is performing at Blueberry Hill's Duck Room on Wednesday, March 24. To go along with this appearance, we're going to run an exclusive excerpt from author Steve Almond's new book, Rock and Roll Will Save Your Life, which Random House will publish next month. Part one was published yesterday; part two is below, and part three will be published tomorrow.

How Not to Woo Your Mancrush Inside, I began sputtering in the precise manner I'd told myself not to sputter. I couldn't stop myself, because I'd grown up in the shadow of two handsome brothers and developed the common American misconception that physical beauty makes people smarter and nobler, and because I was seeing Bob at his ugliest and he was still better looking than Christ.

The living room was scattered with toys and the computer on the kitchen counter was flashing photos of his son. It suddenly seemed important that I inform Bob I had a wife and child, too, a life beyond the borderline creepy feelings that had brought me here.

Me: This must be your son. Very cute. What's his name?

Me: Good name. Good gospel. How old is he?

Me: I have a daughter who's one.

Me: So are you planning on having any more? 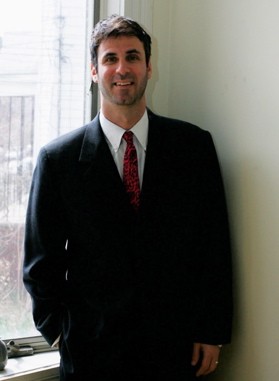 Me: Stopping at one, huh? Yeah, my wife and I are thinking of having another, not really trying yet, but also not really not trying, if you know what I mean. Hahaha.

Bob: My wife and I separated two years ago.

Now many things began to add up rather quickly. Such as why there was no sign of his wife or child. Such as why Bob had been asleep at ten a.m. Such as why the premises exuded dishevelment. (What kind of woman allows a pile of white daisies to rot in her front yard?) A more observant person -- a writer, for example -- might have figured this out. I stood, blinking.

I was ready to apologize and leave. It was obvious he didn't want to be talking to me. And in a weird way, I wasn't sure I wanted to be talking to him either. I'd forgotten the sheer dread that is a central ingredient of hero worship. But then Bob reappeared and said, "You wanna grab some breakfast tacos?" and my heart thumped out a YES.

The joint was called Jim Bob's BBQ. It was across the street from a mall. In fact, it was surrounded by malls. This was the new Texas prairie; Lowe's had run off the longhorn. Inside, the TV was tuned to Fox News. Bob ordered a Diet Coke and an egg and potato breakfast taco. The cashier set a Styrofoam cup on the counter for his soda, then handed me my change, which I immediately tossed into Bob's cup.

How to explain this action?

Near as I can figure, I was so determined to seem like the kind of guy who tipped, to impress Bob with my casual generosity toward the service industry, that I somehow managed to put aside the fact I had seen the cashier put the cup on the counter and, ergo, it was obviously not a tip jar.

Things were not going well.

Die Young, Hope Somebody Notices Back at his house, I asked him if it was true that he'd learned how to play guitar at age three. He nodded. His father, a professional opera singer, had made him learn so he could perform at the parties his parents threw. "People ask me all the time, 'How should I get my kid involved in music?' And I'm like, 'Well, be completely unavailable to them unless they play music.'" He laughed, but not happily.

Bob eventually came to the University of Texas at El Paso, to study art. I had hoped to bond with him over our El Paso connection, but he dropped out of UTEP after a few semesters and relocated to Austin, just as I was arriving in town.

His musical evolution over the next decade provides a convenient survey of unfortunate Nineties genres. He did white boy rap/funk (Joe Rockhead). He did roots/jam music (Ugly Americans). He did party rock (the Scabs). "I knew exactly what the plan was when I moved to Austin," Bob said. "I was going to become a huge rock star and die at twenty-seven. So I got into bands and drank very heavily and did as many drugs as I could. I just never got successful enough to die properly. Nobody would have cared."

Yes they would have! I wanted to scream. But I was afraid Bob would take it the wrong way so I asked if I could use his bathroom. This was a mistake. The moment I closed the door I melted down. I knew on one level that I was a writer with a semi-plausible reason for being in Bob Schneider's bathroom. But on another level -- a far more emotionally convincing level, frankly -- I couldn't stop thinking: Ohmigod! I'm in Bob Schneider's bathroom! That's totally, like, his toilet! He sits right here! He sure does read a lot of art books! He uses really cool soap! Then I came out of the bathroom and Bob was sitting there, looking exactly like himself. I had to take a few deep breaths to calm myself.

I stared at my notebook and tried to decipher my handwriting.

"Why aren't you more famous?" I said.

"Oh, I've always been a massive star in my own head," Bob said. "The weird thing for me is when I look out into the audience and I'm not playing for more people and I think to myself -- and it seems extremely arrogant -- but I think, 'At this point, with this band and this set, we should be playing giant stadiums.' I've always wanted the external world to line up with that world in my head, but at the same time I've never been willing to do the things necessary to achieve that."

In fact, this was a big part of what made Bob Schneider so incredibly crush-worthy to me. With his looks and his chops, he could become the next Jack Johnson without breaking a sweat. But he has absolutely refused to clean up his act. I submit as Exhibit A his recent composition "Hocaine." It is about dating a crack whore.

If you got the thick bills, she's got the sick dick skills...

If you got the magic powder, she'll let you give her a golden shower

I don't suppose it helps to note that this is the least offensive portion of this song. Nor that it is generally performed to a jaunty piano riff appropriated from "This Land Is Your Land." But here's the thing: While a certain part of me recognizes how offensive I should find this song, another part of me finds it incredibly liberating. And because I myself have done best as a writer when I focus on the abundant depravities of our species, it inspires me to encounter a guy who refuses to censor himself just to get ahead. When Bob told me that he wanted to call his new album Fuck All You Motherfuckers I had to physically restrain myself from climbing into his lap.