April Smith and the Great Picture Show have canceled a string of dates, including tonight's planned gig at Off Broadway. The band last played here on February 12, opening for Langhorne Slim. 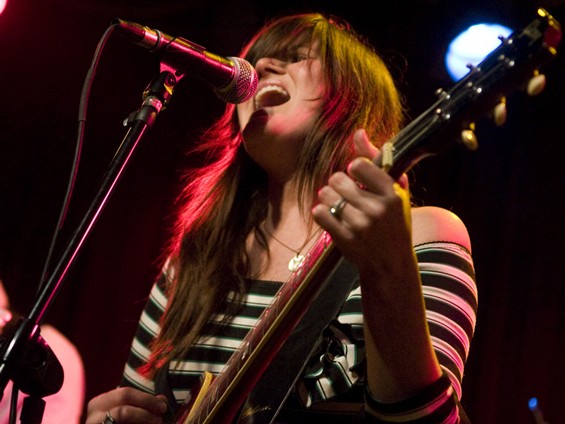 Here's a note from its agency explaining the vehicle troubles:

April Smith and the Great Picture Show have unfortunately been forced to cancel their shows this week in St. Louis, Chicago, Cleveland and Pittsburgh due to mechanical difficulties with their tour vehicle.

The vehicle in question, a mischievous RV named Norman, has become enough of a recurring character in April Smith's tour chronicles that he's even got his own Twitter account: http://twitter.com/normanthebus

Suffice to say, this may be the last nail in his coffin. Creative ideas for destroying a recreational vehicle are welcomed. Meanwhile, Smith and her band apologize to their fans in the Midwest, and regret the last-minute cancellations.