People of all ages, races, and backgrounds piled into the Scottrade Center last night to watch one of the biggest names in music perform. Jay-Z is following up the success of last year's Blueprint 3 album with a tour of the same name, and it's obvious that his appeal reaches beyond the scope of the traditional hip-hop demographic.

Trey Songz opened up the show with a set that was geared more towards the ladies in the audience: Any time he wanted a crowd response, he'd lift his shirt up and flash some abs. The skinny-jeaned singer went through his more popular songs from the past few years, including "Can't Help But Wait," "Last Time," "Say Ahh," and "I Invented Sex." He utilized Hov's backing band, "The Roc Boyz," and everything sounded pretty good live. 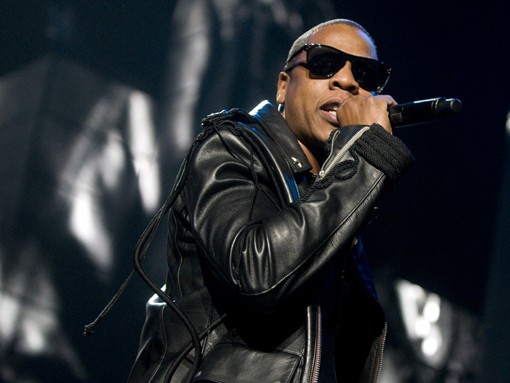 During the intermission, a clock counted down the minutes and seconds until Jay-Z's arrival. After the countdown, the lights went out, and in true superstar fashion, Jay arose from the center of the stage with his arms crossed "b-boy" style. He wore all black (as did every performer), from the Yankee fitted cap down to his Rocawear sneakers. He performed "Run This Town" in front of the frenzied crowd.

The stage setup was basic, but effective. The band members were on platforms across the back of the stage, with large video screens on either side. There were more screens behind center stage, set up like a city skyline. The lighting effects were pretty average: Jay-Z didn't bring any pyrotechnics or smoke machines. (Fortunately, there was plenty of smoke coming from the audience.) 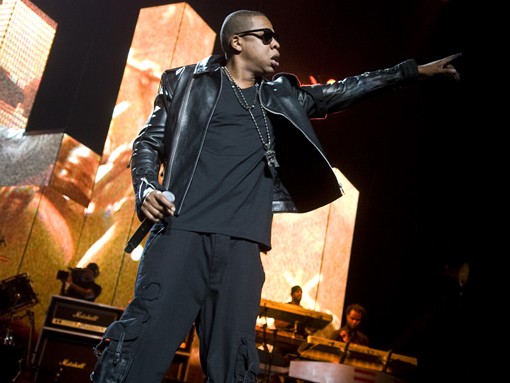 A few songs into the set, Jay brought out former protégé Memphis Bleek for "Heart of the City," and Bleek stuck around as the hypeman for most of the concert. Hova also introduced the Roc Nation's Bridget Kelly to the stage in place of Alicia Keys during "Empire State of Mind." Eventually, ex-labelmate Young Jeezy emerged for the track "Real as It Gets."

At this point, Hov handed the stage over to Jeezy, whose street-oriented style of Southern rap went over big with the St. Louis audience. Though everybody's wardrobe was basic black, Jeezy set himself apart by the amount of jewelry around his neck. His set included hits "Soul Survivor," "Go Getta" and "Put On," with words of "Thug Motivation" sprinkled in between. It was a little disappointing that Jay-Z didn't perform his verse from the remix of "Go Crazy," although he did return to collaborate on "My President" (from Jeezy's 2008 album The Recession), which kicked off the second half of Jay's set.

Now, even if you're not a big fan of Jay-Z, there's no denying the impact he's had on hip-hop over the last fifteen or so years. Blueprint 3's No. 1 Billboard debut -- Jay's eleventh chart-topper -- put him ahead of Elvis Presley in terms of career No. 1 albums. And for his medley at the end, he touched on hit after hit, going back as far as 1996's Reasonable Doubt. He engaged the crowd with hits such as "Swagger Like Us," "Hard Knock Life," "Dirt Off Your Shoulder" and "Big Pimpin," and Trey Songz returned to the stage to sing the hook on "Already Home." 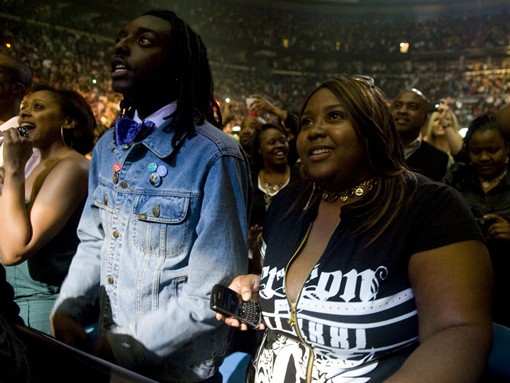 Before the finale, Jay-Z spent a few minutes connecting with the crowd. He thanked people individually for coming, pointing them out while having the cameras put them on the big screen. One fan was even invited to the stage to have his CD signed. It was definitely a nice touch, and a memorable way close out one of the biggest concerts of the year.