Hating on South By Southwest is too easy. Just look around: Shit-faced lawyers waxing bizness gobbledygook to shit-faced salesmen of exercise bikes, members of psych-metal bands (probably called Red Octopus or Purple Cobra) barely remaining vertical for all their unbathed rock studiousness, the endless fail of precious band names (This Will Destroy You vs. Swimming With Dolphins vs. Snowbyrd), video game developers fuhreaking out over a Bill Murray sighting, career journos who will write caption fluff for a badge, and indie kids, so many indie kids, wasted on free SoCo and Sobe before sundown.

Lead us not into the temptation of misanthropy. There's music to save us all. 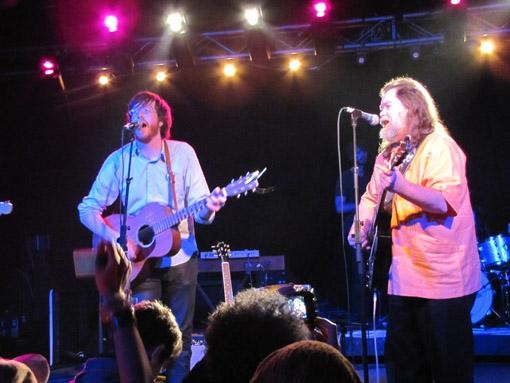 A late start on Thursday, Day 2 of South By Southwest 2KX, found me at the KDHX and Twangfest day parties at Jovita's Restaurant. (Disclosure: I'm a KDHX DJ and Twangfest volunteer.) Now in their eleventh year, the parties have a rep for being one of the few places where Americana, folk and rootsy rock have a stable home at South By, and the relative old-timers (anyone over 35) can see bands who aren't influenced by Tears for Fears or the Arcade Fire.

I caught the tail end of a warmly received Glossary set on the outdoor stage. A recent deal with Lucero's record label seems to have kicked the band in the pants; they played loose and a little wild, comfortable in just rocking. After that set, much of the crowd moved inside for Texas outlaw legend Ray Wylie Hubbard, who played a sometimes hilarious, sometimes poetic, always deeply blues-driven set, backed up by one of the best drummers in Austin (veteran Rick Richards) and 16-year-old son Lucas Hubbard on fiercely blue Les Paul Jr. tone stabs.

The twisted old-time country of Gordon Gano and the Ryans followed, with Jerry Harrison (the producer and Talking Head) standing by for moral support. Jovita's was packed all afternoon, and though I missed 3/4 of the bands at the party, the day seemed to go off without a hitch. The parties return for one more afternoon on Saturday.

After pancackes and grilled cheese at Kerbey Lane on Lamar Blvd. (one can only take so much Tex Mex), I scrambled back to the east side and the Levi's Fader Fort, catching the last half of a buzz-worthy show from Berkeley, California band the Morning Benders. The mix of dance rock and fuzz rock was just right, even when singer Chris Chu indulged in a bit of Korean-American karaoke showboating for final song "Echoes," which slid from slo-core doo-wop to full on Acid Mothers Temple fall-to-the-floor guitar flame out. Though tempted to stick around for Fucked Up, and doubly tempted to try to squeeze into an 8 p.m. Skybox show at Wave Rooftop, I instead made the hard choice of abandoning hope of seeing Besnard Lakes, Drive-By Truckers, Band of Horses and Broken Social Scene at Stubb's, and played it safe by getting to La Zona Rosa early for the John Hiatt, Ray Davies, and Roky Erickson and Okkervil River showcase. That choice meant gritting my teeth against New Jersey blues-rock diva Nicole Atkins (backed up by Future Clouds and Radar), who certainly has a voice that can shatter all the Virgin votive candles in Austin, but who doesn't have a song to compensate for so much Star Search hyperbole. Pain.

The sound crew meticulously checked John Hiatt's monitors, setting his start time back fifteen minutes, but when he finally bounded out, backed by a three piece called the Combo and dressed like the snake-oil soul salesman he is, he had the geezer crowd (present company included) with him from the first chords of "Your Dad Did" to the new rockabilly number "Haulin'" to "The Tiki Bar is Open," dedicated to his father, who Hiatt explained never got to have that post-war dream, because he couldn't throw out all the shit in the basement. Doug Lancio smoked, as always on guitar, and "Tennessee Plates" and "Memphis in the Meantime," dedicated to the late Alex Chilton and Jim Dickinson (whose tombstone reads, "I'm not gone, I'm just dead"), were highlights.

L.A. four-piece pop-rock band the 88 followed, sounding sometimes as tight and engaging as Blood and Chocolate-era Elvis Costello, but mostly as thin and wide as a puddle of style over substance. Opening with a snippet of Big Star's "I'm In Love With a Girl" was inspired, but Keith Slettedahl's songwriting isn't. Clichés may be the glue of pop music, but huffing it will cause brain damage.

The reason for being here, though, was Ray Davies, who had a rare 2-hour window, and who squeezed every ever-lovely melody and sparkling, sardonic lyric from the slot. The old master, his hair Beethoven wild, sat with music stands and guitarist and just played and played, unforgettable songs new and old, and spun stories about each with more clarity and concision than any VH-1 Storytellers session. He didn't have to but he urged the crowd to sing along to "Where Have All the Good Times Gone," "Victoria," "In a Moment," and "20th Century Man." Everyone complied. He was in great humor and great voice, and his guitar playing remains as flawless as his Johnny Cash and David Letterman impersonations. Davies dedicated "Till the End of the Day" to his fellow New Orleans-resident Alex Chilton and gave his "old friend" Chrissie Hynde a nod on a sumptuous "Postcard From London." 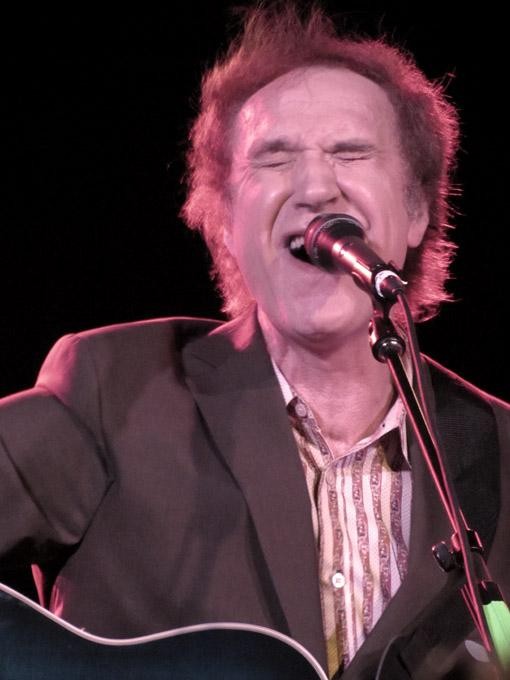 I would have been thrilled with this unplugged set, but Davies brought out the 88 to back him up on a full on, back to the North London dives, nasty and joyous and nearly punk rock set, starting off with "You Really Got Me," into "David Watts," into "Celluloid Heroes" into "Dead End Street" into "Low Budget," kicking and leaping and teasing the crowd with a stage-edge shimmy, and having a great time at the best party of the night. Plus: a terrific "Lola" for the encore.

The crowd somewhat surprisingly thinned out for Roky Erickson's set with Okkervil River, and more than a few kids were confused as to who exactly they'd be seeing. Splitting the set between classic Roky tunes "You're Gonna Miss Me," "I Walked With a Zombie" and "Two-Headed Dog" and new material from True Love Cast Out All Evil, the forthcoming collaboration between Okervill and Roky. The psych-rock legend seemed happy to be performing, but absurdly bad sound undermined his presence on-stage, and he remains quickly distracted, needing the constant, gentle guidance from Will Sheff to stay focused and on microphone. The set wasn't the revelation I'd hoped for; the rest of the day was.