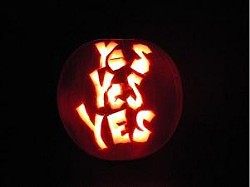 Self-proclaimed pop music fanatic Eric Enger of Gentleman Auction House recently remixed "Yes Yes Yes," a song from Elsinore's latest EP, Chemicals. Christian Schaeffer describes the band like this: "Ryan Groff leads the group with a voice that can kick out heavenly power-pop falsettos or turn as tender as the best piano-ballad crooners. Ben Gibbard and Coldplay's Chris Martin are vocal touchstones for Groff, but thankfully he and his bandmates craft alternately delicate and ebullient rock songs, giving each track its own distinct flavor." The Champaign, Illinois, band is on tour promoting the release, and will be stopping at the Firebird on Saturday night. The Blind Eyes and We Landed On the Moon are opening. Courtesy of the band, here's the "Eric Enger" remix of "Yes Yes Yes." Enjoy!