Q: What Do Huey Lewis and Devon Allman Have in Common? 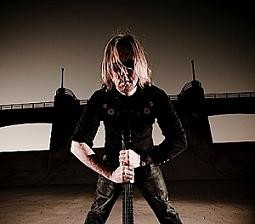 A: They'll both be a part of Space Age Blues, the forthcoming album from Devon Allman's Honeytribe, which is due out June 1. That's according to a post on the Ardent Studios website, which is spotlighting the local band today. Allman's presence is a given -- duh, it's his band. But Lewis comes in because he's been at the legendary Memphis studio recording his first studio album with the News in nearly a decade -- a Stax tribute record(!) no less -- and apparently liked what he heard from Allman. Says Ardent Studios:

Lewis was in Studio A with The News, tracking what will amount to be their first studio album since 2001's Plan B. He caught a snippet of what was happening in Studio C and himself asked if he could lay down some harp on the record. This is not the first time Ardent has seen this kind of creative cross-pollination, but it's certainly one of the most significant.

By the way, if you missed Huey's appearance on Jimmy Kimmel last week -- his humorous take on "We Are the World" -- your life isn't complete. View this clip after the jump.

Seriously, it's nice to see that Huey has a sense of humor.