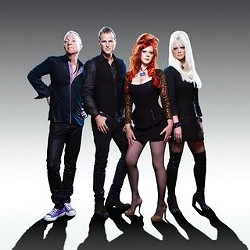 One of the best things about St. Louis is its close proximity to the summer's major music festivals. Not only do we get cool acts stopping here on their way to -- or from -- these events, we're within driving distance to Chicago (Pitchfork, Lollapalooza), Tennessee (Bonnaroo) and Louisville, Kentucky. That's the site of the new HullabaLOU Music Festival, a three-day extravaganza at Churchill Downs. Sure, many of the acts aren't for everyone, but if you're a classic rock, soul, country music or jam band fan, it's a dream lineup: Bon Jovi, The B-52's, Michael McDonald, Avett Brothers, Dave Matthews Band, the Doobie Brothers, Gov't Mule, Ben Folds, Black Crowes, Huey Lewis and the News, Dwight Yoakam, Al Green, Blood Sweat and Tears and Kenny Chesney are just some of the acts confirmed for July 23-25. Through March 9, the three-day general admission pass is just $160, which is insanely low for the acts playing. Plus, Louisville is a rad college town just four hours away. Mini-vacation, anyone? Follow 'em on Twitter for the latest updates.