February 08, 2010 at 10:23 AM
comment
The black metal documentary Until the Light Takes Us wrapped up its weekend stay in St. Louis with a showing last night at Webster University. The documentary focuses on the formation, meaning and messages in the scene during its beginnings and heyday in Norway in the early- and mid-'90s. As with all documentaries on music sub-genres, key players, bands and stories are inevitably going to be excluded. 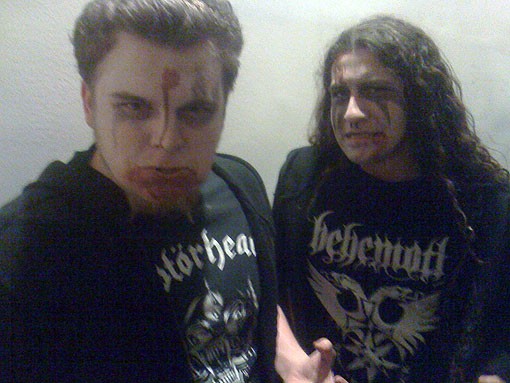 After the jump, a recap and what a few fans thought of the film.

Central interviews are conducted with Gylve "Fenriz" Nagell, who comes off as the most likable character. He's affable even, in a slightly high, Marlboro-red-smoking music-nerd sort of way. Nagell also provides one of the film's most timely quotations, judging from the hipster-cred black metal has earned over the past few years.

"A big part of me wishes this whole fucking thing didn't turn into a fucking... trend," Nagell says near the end of the documentary. "But then again some people want to dress up."

Nagell, the drummer and singer for popular Norwegian band Darkthrone is downright surfer-like in temperament when compared to Varg "Count Grishnackh" Vikernes, who's in prison for the murder of fellow black metal scene member Øystein "Euronomyous" Aarseth. (He also has convictions for burning at least three Christian churches.)

The difference in personality between Nagell and Vikernes doesn't mean the latter is portrayed as out-and-out bat-shit evil, although controversial issues -- such as the black metal scene's disputed anti-semitism, racism and hatred for homosexuality -- are skimmed over (at best) during this film.

Church-burners, you might immediately assume, are Satan-worshippers, but Vikernes points out that proclamation was a fabrication of the Norwegian press. (The newscast clips in the documentary act as evidence of his claim.)

"They started to pretend that we were some Satanic movement," Vikernes says in the film. "I told them this has nothing to do with Satanism and they never paid any attention to what I said."
Interestingly, Vikernes' hatred for Christianity seems to stem from his opinion that it erased the Norwegian culture which existed before it. Thus is Vikernes' logic for burning churches: to destroy them like early Christians did, he claims in the film, destroyed vestiges of pre-Christian Norwegian culture. At one point in the film he refers to Christianity as the "Middle Eastern Plague," and viewers will get the feeling that even though he's been in jail since he was 22, Vikernes (now 36) could still lead the youth of Oslo to destroy churches if he wanted. Vikernes was released from prison in May 2009.

In short, he's still a scary dude, and a far cry from Nagell, who still conducts phone interviews for his musical projects with German magazine writers.
After the film wrapped up, a few metal fans gave their opinions of the flick. 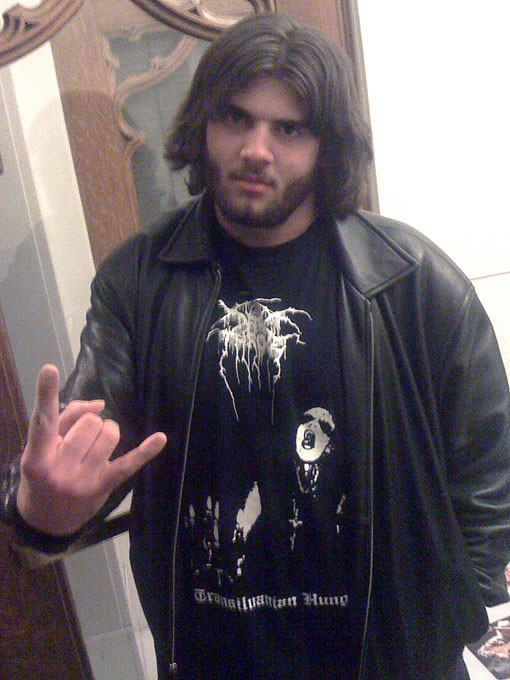 "I think it centered too much on Varg and Gylve," says Brent Dossett. "They could have included Gorgoroth and Immortal more so than they did."

"I liked it, I thought it was unusually done," said Cole Sandel of Clayton, Missouri. Sandel plays guitar in a metal band with Dossett (who sings) called Nocturnal Awakening. The two's pre-show soundtrack was the new Gorgoroth record, Quantos Possunt ad Satanitatem Trahunt.

The pre-film soundtrack for other metal fans wasn't as trü-metal, but Andrew Shafer and Max Barnett should be commended for their honesty. They listened to Irish singer-songwriter Damien Rice while applying corpse paint before the show.

"It was his girlfriend's choice," Shafer said. Fair enough.