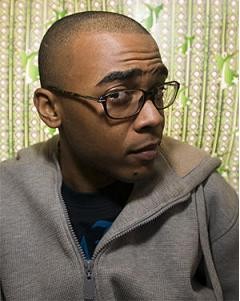 *Congratulations to the Nevermores, whose song "I Lost Lenore" was placed into a fourteen-week rotation on Bill Kelly's show, which airs on Little Steven's Underground Garage channel on Sirius/XM satellite radio. You can listen for the song at 8:30 a.m. this Saturday and 8:30 p.m. on Sunday.

*Rockwell Knuckles contributed an exclusive MP3 to the Smoking Section yesterday. Called "Precaution," the song has a dramatic, cinematic background -- think summer-blockbuster -- and his trademark viscous, but clever, flow. Snag it here. Oh, and he mentions Austin in March -- that's because he's the RFT's sponsored artist pick for SXSW this year.

*The Hood Internet will be kicking off a new dance party called Glory Daze at the Gramophone on Friday, February 12. Co-thrown by Knuckle Rumbler (a.k.a. an Austin, Texas-based marketing/pr/creaetive firm owned by F5 Records' Aaron Berkowitz) and YeaMan! -- and with sponsorship from PBR, My Old Kentucky Blog and Eleven magazine -- count on sloppy, drunk good times. London Calling's DJ Clockwork and Autiomatic will also spin. Event page here. Admission is just $5.