Vandalyzm Is Not the Father. Don't Worry: That's Just His New Mixtape...

This morning, Vandalyzm dropped Vandalyzm Is Not the Father, a new mixtape. Produced by DJ Trackstar, this release should tide over his fans until his new full-length drops on the New York-based label Soulspazm. Van talked to A to Z about his forthcoming label debut, the reissue of Megatron Majorz and his record deal below -- which is where you can also find a new MP3 to download. Oh yeah, and don't forget: You can also snag Vandalyzm Is Not the Father right here, for free!

What is Soulspazm? Where are they based? And how did they find you? Vandalyzm: Soulspazm is an indie label based out of New York. They got in contact with me through the artist Torae. He's a good friend of mine, and since he's currently with Duck Down [Records], they made him A&R over at Soulspazm. He hit me up to see if I would be interested in doing a project with them, and of course I agreed.

What do you think the label can do for your music that you can't do yourself? Well, honestly, I need some sort of machine behind me. Like the problem is that I AM doing all of this by myself. And at times I just honestly need to focus on the music. Doing things by myself, getting EVERYONE to take notice, is kind of a slow burn. But with having a nice indie (or national if you got it) behind you, it turns that fire up much faster.

When is Megatron Majorz getting a rerelease? Any bonus tracks? Is it getting wider distribution? We are looking at mid-March when Megatron Majorz Redux is coming out. Can't give the masses the same ol' same, but at the same time can't completely go new for the folks who never heard it. So I nixed some songs, and added some. Eight of the original remastered, four new songs and three remixed songs. Bam.

Describe the mixtape Vandalyzm Is Not the Father. Musically, what did you want to achieve with it? Well, VINTF is a fun mixtape. I really can't call it anything much other than that. I got some really heavy topics on it, but for the most part, I'm just letting the hair down, and having fun with writing again. So musically, it's a complete mix, nothing is the same on each song. Some original, some joints from other folks. I made a effort for it to not be songs that you've been bogged down with remixes of. Some folks might have never heard these songs before, so it might be all new to them. Anyway it goes, it's a win for the home team. 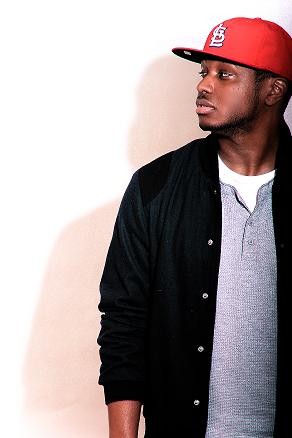 You say you're working on a double album. Where are you working on it? Any guest stars confirmed? Who are your collaborators? Well, A Vulgar Display of Awesome, I've been working on it since early '08, to be honest. I finished up this mixtape-ish album, and noticed that it was honestly veerrry topic heavy. Which isnt a bad thing, but if you listen to the topics I spoke on, it was a tad emo. And when i got close to finishing it, 808's and Heartbreak was hot, and Drake's "So Far Gone" just came out and blew up. So me dropping it would have looked like I was totally biting the movement. And thats not me, eventhough I was working on those way before I knew of either project.

So I started working on a completely seperate project that was much happier. And thus you have the double album. But even now, I've decided to just combine them into one album, and drop the sequel to VINTF beforehand. Anyway it goes, you will hear ALL of the music created this year. I collabed with Diz Gibran, Naledge from Kidz In The Hall, Khrysis, 9th Wonder Outasight, Carlitta Durand, U-N-I and a host of others. This project is completely crazy. I cant wait for the world to hear what Ive been working on.

How's it comparing to Majorz? Describe it musically so far. And why a double album? Majorz, as dope as I thought it was at the time, it was rookie. I feel like I've grown musically a lot, with my beats, as well as with my lyrics. I'm just letting myself be free with the music on these new projects. So I just hope the masses can hear my maturity. I feel like where Im at is a much better musical place than before.

What is your take on St. Louis hip-hop in 2010? Where do you think the community is going this year? Well, I'm happy for what me and my crew are doing as far as us getting STL on the map all over the world. I can't really speak for the hustle of other folks. Within our unity, it's been a lot of crazy talking on the sidelines from other artists. And thats lame as hell, because we've been nothing but supportive of others here. So it goes like this: If you're down for us, we down for you. If you're not, you're not on our radar. Cause at the end of the day, we are putting on for our town. If you got a problem with what we are doing, then top us at what we are doing. Period.