In the Studio: The Campfire Club

Who: The Campfire Club Recorded where? Firebrand Recording, with additional recording/mixing at Alpha/Omega Recording, Daniel Williams' home studio Recorded With: Engineer Brian Scheffer (Firebrand), Daniel Williams (me [Alpha/Omega]). Produced by the Campfire Club, and anyone with an opinion that wanders through. When: January 1-3. "I think it's safe to say ours is the very first local album recorded in 2010," Williams says. "Maybe the first in the country!" What: "Eighteen damn songs for a new damn album," Williams notes, "but probably only fourteen or fifteen will make the cut." 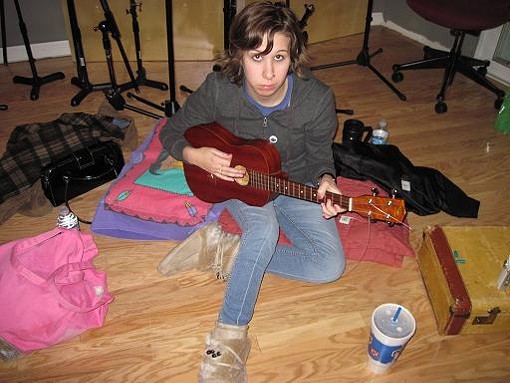 When due out? "That's a tough one," he says. "We're hoping for June-ish, if we can find someone interested in releasing it. I've got a baby coming soon, so I'm gonna take a break from playing shows for a while. Hopefully the rest of these folks can muster up some cash to get this thing going." Sounds like? "Mourning Midwest Americana fussin' and fightin' with whiskey drunk-kick in the teeth Rock n' Roll," says guitarist/banjo player/harmonica player/vocalist Ryne Watts. Adds Williams: "It's a big stew of an album. You've got your basic four piece band- drums/bass/guitar/vocals, then you add in some mandolin, violin, upright bass, ukulele, slide guitar, washboard and anything else we could get our damn hands on!"