December 30, 2009 at 12:10 PM
comment
Fellow members of Generation X who attended the second annual Pale Divine reunion show:  We are getting old. Remember snickering when our Baby Boomer parents went to cheesy Beach Boys reunion shows? We're getting close to that turf. 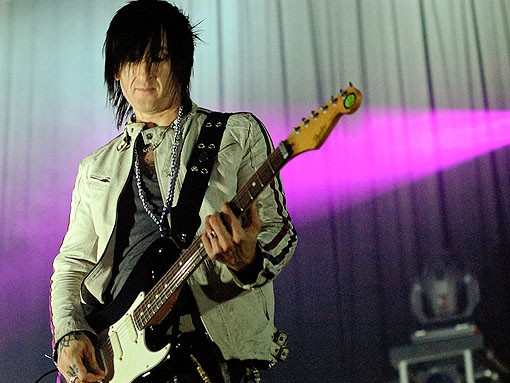 Richard Fortus started the show with a guitar solo -- a nod to the member who's gone furthest in the music industry (he's the current rhythm guitarist for Guns N' Roses). Fortus is a more polished showman than the rest of the band, a possible artifact of years in the music industry beyond St. Louis. Watching him, it's easy to wonder how the other three-quarters of the band would be if they'd had the same level of music-industry success. Despite being less rockstar-esque, frontman Michael Schaerer, bassist Dan Angenend and drummer Greg Miller kept up with Fortus in skill and stage dynamics. They're all well-practiced musicians, comfortable on stage and with their instruments, but with an honesty that comes from living out of the limelight.
See a slideshow from last night's Pale Divine concert.


When thanked for taking time out of his schedule, Fortus grinned and shrugged, humble and gracious, surprised at the notion that he'd miss it. Having all members at the reunion makes the difference between a real band and a nostalgia act. Fortus was vital to the cohesiveness of the group and the excitement of the crowd. Accept no substitutes for anyone in the band. 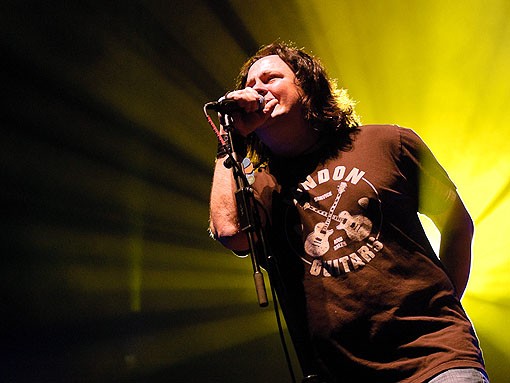 Frontman Michael Schaerer smiled more onstage than he used to. His performance didn't suffer for it. On "Burn like the Sun," Schaerer and bassist Dan Angenend engaged in tight vocal harmonies that got even better as the evening progressed.
At the beginning of "Dream," Angenend dedicated the song to his teen daughter. Fortus' mournful slide and Schaerer's gruff whispered lyrics erased any lingering '90s angst, replacing it with earnestness from people grown enough to remove the irony with comfort.
After crouching on the stage for a moment, Schaerer bounced up for a jumping, hip-shaking "My Addiction," defying the few murmurs in the crowd about the changes age brings. Let's see if any middle-aged doubters can muster half the energy he gave "Nothing Turns Me On." Many tried and are paying the price today.
Encased in fog, the band crept into its second set with Schaerer whispering into the single "Straight to Goodbye," just like the old days. The fog triggered my nostalgia. That's what I remember from 1992: dancing in the smoke and fog, the band invisible. The fog remained through the rest of the "Straight to Goodbye"-heavy set. 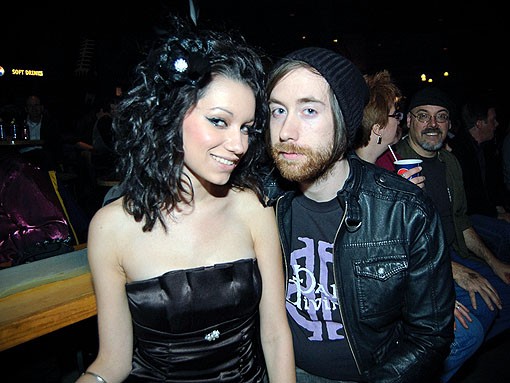 They shrieked into "Flow My Tears" with blasts of hot yellow light, Miller's thundering drums anchoring Fortus' blazing solos and Schaerer's howling vocals. For "Freedom in a Cage" Angenend picked a bass line that would have been at home on Nevermind, but more methodical when joined by Miller's military precision drumming and Schaerer's baritone.
The set concluded with "Something About Me." Appropriate, as there's still something about Pale Divine that's mesmerizing and entertaining. But now it's with more honesty. 1992 was a lot of fun, but it's different today. Pale Divine took its old catalog and brought it into 2009, a fine balance of maturity and nostalgia, energy and all the love and joy that should come from a heartfelt, hug-filled class reunion.