Protesters Will Get Gaga for Lady Gaga Before Her January 7 St. Louis Concert at the Fox Theatre

December 29, 2009 at 3:55 PM
comment
Human lightning rod Lady Gaga and her handlers aren't letting many press photographers into her show at the Fabulous Fox Theatre on January 7, but there could be more news cameras outside the venue when her tour hits St. Louis. 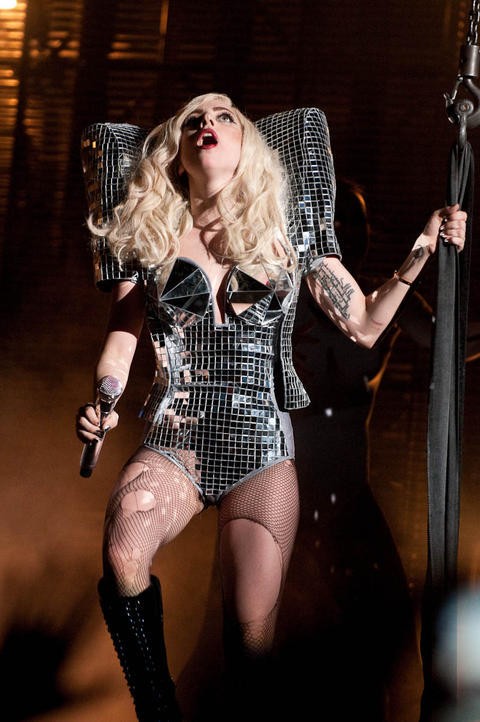 Pastor Fred Phelps, best known for his rallying cry (and Web site URL) "God Hates Fags," has been drumming up support for a protest outside the Fab Fox.
Now other groups are lining up to counter Phelps' protest and show their support for Lady Gaga.

On December 22 Phelps' and his media-savvy Westboro Baptist Church in Topeka issued a press release announcing its intention to counter Lady Gaga because the singer "teaches rebellion against God." (Click to read coverage in Daily RFT.)

"That hatemonger is holding some big anti-Lady Gaga rally, so I just kind of thought it would be a good idea to hold a pro-Lady Gaga rally and party," Crocker says by phone.

Ed Reggi, a St. Louis-based artist and activist who's involved with the Show Me No H8 movement, will also be in attendance at the Fox.

Reggi says he's quite familiar with Phelps' church and the protests his followers have held around St. Louis. But Reggi's group is taking a quieter approach than Crocker: They display eight-foot angel wings and remain mostly silent during their rallies.

"We don't bring signage, we don't encourage people to come out to bring megaphones or anything like that," Reggi says -- though he's quick to note that he doesn't mind if others get loud.

Reggi says there's a gamut of protests and rallies being planned to support Lady Gaga, including a flash mob and a kissing booth.

Crocker encourages interested Lady Gaga fans to get in touch with her via email.
And when the pre-show protest is done?
Reggi has tickets. But Crocker says the sold-out show exceeds her price range.

"It was a bit out of our Christmas budget," she concedes.