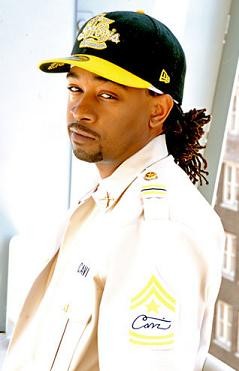 Murphy Lee of the St. Lunatics will be at Vintage Vinyl tonight from 5 to 9 p.m. Now, there's a lot going on in Murph's world surrounding this appearance: First, he's giving away a free CD on his website when you buy the DVD, U C Me, and he'll be signing copies at VV. But more important, this appearance functions as a toy drive. A press release I received says:

Lee has teamed up with the Demetrius Johnson Charitable Foundation and Project ARK for the 1st Annual 'U C ME Giving Back' Toy Drive. The goal is to collect as many toys as possible in one afternoon. A portion will be distributed to less fortunate children at the annual 'Christmas Wish Party', a premiere event for the Demetrius Johnson Charitable Foundation. The foundation helps better the lives of inner-city youth by providing mentoring, financial, vocational and other programs.

So bring a toy when you head to VV today! Lee's also released a couple well-received singles in recent months: "Mad at Me," featuring P. Diddy-associated group Day 26, and the new "Age of 21."