With Its Fourth Venue Change, We Ask a Dozen Questions of London Calling's Doug Curtis

December 14, 2009 at 12:20 PM
comment
On Saturday night, popular indie/electro night London Calling held its "grand opening" at the loft above Shock City Studios (2200 Gravois), which represented the fourth venue change for the club in three years (and the third in the past year). The dance night began at the Upstairs Lounge on South Grand and moved to bigger digs at the Stable in late 2008 before capacity issues shut it down. It moved to the Halo Bar on Delmar before heading back to the South Side late last month. We talked with the proprietor of on-the-move dance night, Doug Curtis, on Sunday night about the latest space. Here goes. 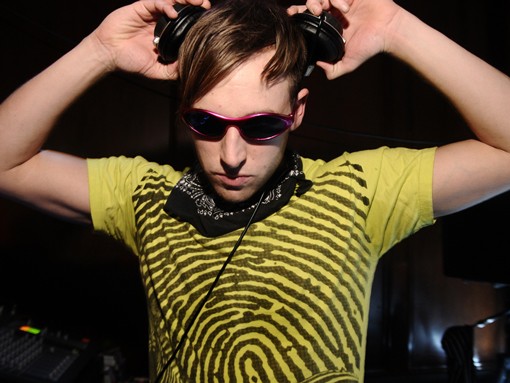 How did the grand opening night (Saturday) go?
Last night was a lot of fun! Our crowd is still just getting used to the new venue and so are we, as we found out last night with the sound issues. Our crossover settings got turned up and we ended up drawing too much power from the circuit breaker. So for a little bit we were blowing the breaker every five minutes, not fun. Fortunately, Michael from Designer Drugs got on stage and helped us out by turning up the stage monitor and keeping the crowd rocking.  It wouldn't be a South Side party if the power didn't get cut, right?

What's the capacity?
Ah, this is a very good question. It depends on who you ask? The city said something like 200, but the architects said over 400. Seems like a pretty wide gap if you ask me?  I'd guess somewhere in between the two numbers.

See a slideshow from London Calling on December 12.
Did the club sell out in terms of capacity? How many people were there?
Technically we did sell out, but we were anticipating a few more bodies to fill out the club.  Unfortunately the bizarre December thunderstorm really hurt our attendance. Our final number was over 250 total.

How did you meet up with the folks at Shock City Music and arrange to have London Calling there?
I met [studio co-owners] Doug Firley and Chris Loesch from a mutual friend of mine, and I've been a huge fan of the studio since they opened earlier this year. I went on a tour of their building and found out they had an amazing unused warehouse space on their second floor. So immediately I felt there would be a great opportunity for London Calling and Shock City Studios to come together and create a lot synergy between the two.

Who prepared for the space to become a dance club?
Mainly my business partner Jesse Jones [owner of the Stable] and myself, along with countless other close friends who volunteered many hours to get the space ready for our parties.

This is the third venue in less than a year and the fourth in since London Calling started. Why all the changes?
2009 has been a year of unbelievable challenges for London Calling regarding venues. We've only moved venues out of necessity, not by choice. We've been very fortunate to have been able to work with some amazing venue/owners since we started London Calling back in 2006.  I especially would like to thank Pat Hagin of the Halo Bar, who during this past spring took in London Calling for six months when had to make an emergency move from the Stable Loft.

What does this new space offer that the others did not?
We are excited that we will finally be able to host more live concerts mixed in with our current London Calling format. We plan on consistently booking upcoming and established indie-electro artist who are otherwise skipping over St. Louis on national tours. We're also very excited about the 100-car parking lot!

What are you most excited about with this new space?
The fact that it is back on the South Side and that it is a real-raw space. I feel like we're on the verge of creating something huge for St. Louis!

Do you have any guest DJ's lined up on the calendar?
Right now we are working on bookings for 2010. We have just announced our New Year's Eve party with indie-electro producers [a Hype Machine fave] Kids at the Bar. These guys played our three-year anniversary party and absolutely are blowing up the blogs.  So we're very excited about having them back out for NYE 2010.

The number of dance nights in St. Louis similar to London Calling has gone up (2 Legit being the most recent) since you began hosting the party. Is there any rivalry between you and other DJs and promoters in town, friendly or otherwise?
Yeah, it's awesome to see new nights popping up! This is exactly what St. Louis needs: awesome dance parties every night of the week. So yeah no rivalry, nothing but love and support for anyone who is trying to make a difference and put their mark on St. Louis.

What are your five favorite songs on rotation at London Calling right now?
1. Miami Horror, "Sometimes"
2. Classixx, "I'll Get You"
3. Empire of the Sun, "Walking on a Dream" (Kids at the Bar Remix)
4. Goose, "Bring It On"
5. Animal Collective, "My Girls" (Hatchmatik Disco Remix)

Anything else you'd like to say?
Be yourself and come out and party with us!