December 11, 2009 at 1:12 PM
comment
Star Wars in Concert, the symphonic tribute to the six George Lucas films, wraps up its U.S. dates Sunday in Nashville. Last night, the tour stopped in St. Louis at the Scottrade Center. Photographer Stew Smith roved the concourse looking for super fans -- and while he didn't find as many as he had hoped (and no slave Leias were spotted, despite predictions from a Star Wars In Concert press flack), he did find die-hards in their best Star Wars garb. Earlier this week we interviewed Anthony Daniels, who played C-3PO in the films and emceed the concert last night. 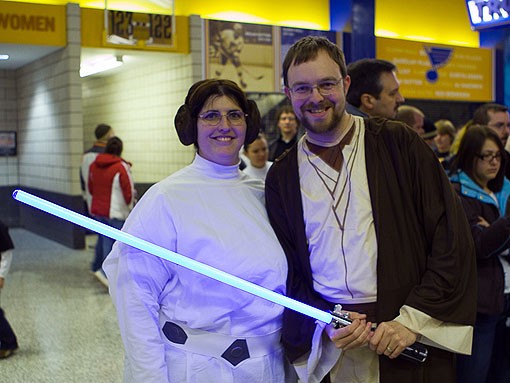 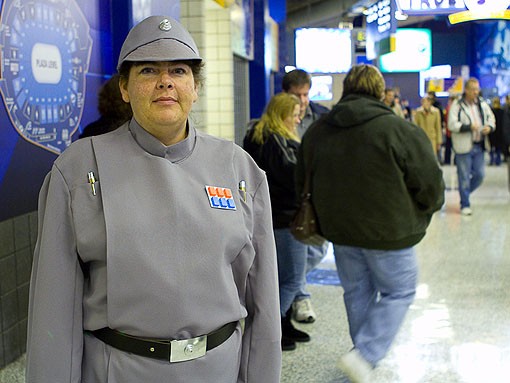 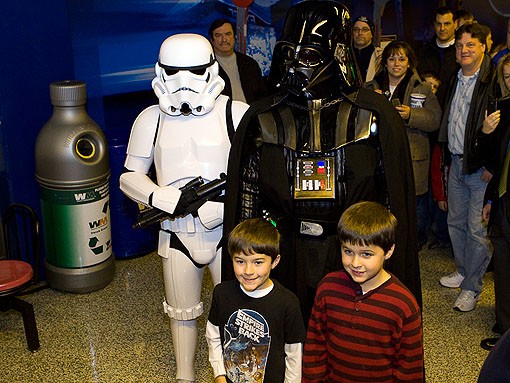