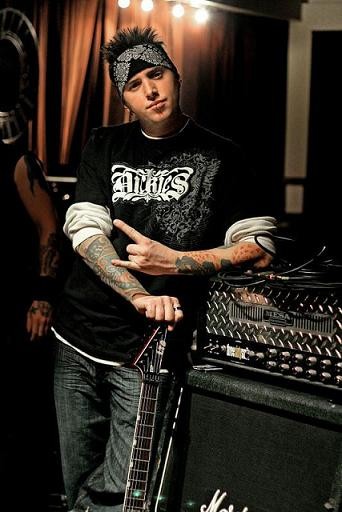 Herr and drummer Joey Natas formed the band in 2002. The hard-working quartet was a popular draw at Pop's and the Pageant, and opened for national touring rock acts such as Blue October, Seether, Hurt, Buckcherry, Cold and Static X. 360Smile played Pointfest in 2006 and 2007 - and won the inaugural "Battle for Pointfest" contest, in fact - and performed at SXSW in 2007.

In addition to tireless touring, 360Smile self-released three albums independently. 2006's Change Your World in particular helped the band's popularity increase, on the strength of songs such as "Rockstar" and "You." Its fourth album, Addiction - which was produced by Kris Kohls, from hard rockers Adema -- was to be released on indie label In The Loop, but remains unreleased.

Although the band played its last show in December 2008, Justin Boyd, director of operations for AK Artist Management - who represented 360Smile -- says it was "try[ing] to shuffle the lineup in 2009 and get it back on track," but hadn't yet reached the point of returning to the stage.

In the last year or so, Herr was playing in a band called Sevendayred and was focusing on working, because he had a second kid on the way, Boyd says.

Boyd posted a heartfelt tribute to his friend on InsideSTL earlier today. In an email, he elaborated on Herr's legacy. "Josh will be remembered as a friend and an unbelievable talent who was taken from us much too soon," Boyd wrote. "His success, both in music and in life, was a shining example of talent meets drive, and we were lucky to have had him. He was a man that I and countless others all over this country were proud to call a friend and we are all shocked and deeply saddened by his passing. Josh provided the world with a huge piece of himself in his music, and that -- along with his children -- will carry on as his legacy. We will all miss him greatly."

Herr is survived by two children, Devin and Aliana. A benefit is being planned for them; once more details are known, we'll let you know. Funeral arrangements are also still pending.