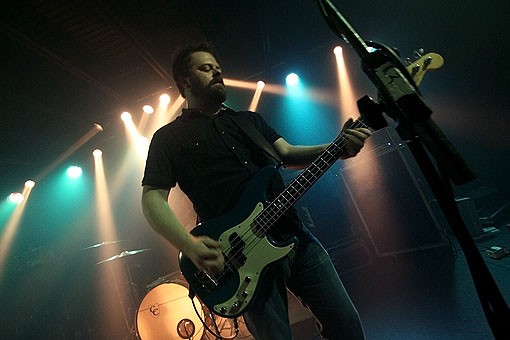 Notes were flubbed, lyrics were dropped and it was sometimes hard to hear the bass melody, but damn if it wasn't great to see Riddle of Steel play again. The group spent most of this decade rocking St. Louis with extended chords, rapid-fire drumming, tricky guitar/bass interplay and the occasional hypnotically beautiful ballad before calling it quits last September. Fortunately, the trio reunited for one night to celebrate the wedding of its record label's owner with a loose but powerful performance that left both long-time fans and the band smiling.

Riddle kicked off its first show in over a year with two of its most straightforward and best songs, "Baby Bird" and "Plenty of Satisfaction." The group did its finest hooks justice, blasting them at full volume with a sweet but edgy sound that filled the room. After a solid version of "Loose Talk," the group teased the enthusiastic and sizable crowd with the intro to "Got the Feeling." The crowd's strong cheers convinced the group to actually follow through with the song, despite lead singer/guitarist Andrew Elstner saying that the band haven't played or practiced it in over a year. Elstner proved his honesty when he hilariously started the song in the wrong key and took about 20 seconds to notice his mistake, but by the end of the song everyone was too busy rocking to care. And as Elstner said, "If we play a really bad set, what are you going to do? Not see us anymore?" 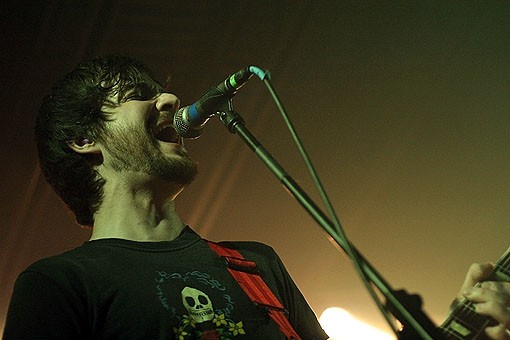 The lighthearted mood evidently led the band to pull out more rarities such as "Ass Kicker #1," "Detroit Flu" and the non-album track "Cat in a Birdcage." But Riddle didn't need to pull obscurities to wow the receptive crowd. Indeed, highlights were plentiful:

-"Kissing in Secret" retained its haunting beauty with this wonderful shimmering rendition.

-The spacey guitar harmonics and echo in "This is a House of Lies" would have blown minds by themselves, but the blinking lights and overwhelming fog machine helped explode heads that much quicker.

-Although he had been ace on the kit all night, drummer Rob Smith's furious pummeling on "Our Guitars are Haunted" was exceptionally thrilling.

Yes, there were occasional mistakes. But most were only made noticeable by Elstner's self-conscious grinning, and they were easily excused by the band's pounding sound, generally superb songwriting -- and the fact that for one night, Riddle of Steel was back. 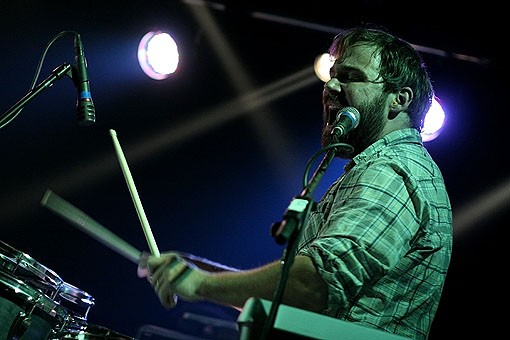 Fellow Ascetic Records bands Roma 79 and Traindodge opened and shared more than a few similarities: Both traded in atmospheric rock that was often grounded by ambient keyboards, both had a couple of overly long songs, and like Riddle of Steel, both featured drummer Rob Smith (easily the night's MVP).

Stylistically, each succeeded where the other failed. Roma 79's Pinback-like emo-rock hit its target when the quartet went for direct hooks but often faltered when establishing a mood. Traindodge shined when contrasting their post-hardcore moments against bright but menacing synths. However, its head-banging moments frequently overwhelmed any sense of melody. Still, both groups fit their distinctive but analogous niches well and should maintain their cult audiences with ease.

Riddle of Steel setlist: Baby Bird Plenty of Satisfaction Loose Talk Got this Feeling Kissing in Secret This is a House of Lies Cat in Birdcage Ass Kicker #1 Our Guitars are Haunted Detroit Flu One Inch Deep The Lovers of Nothing John Frum 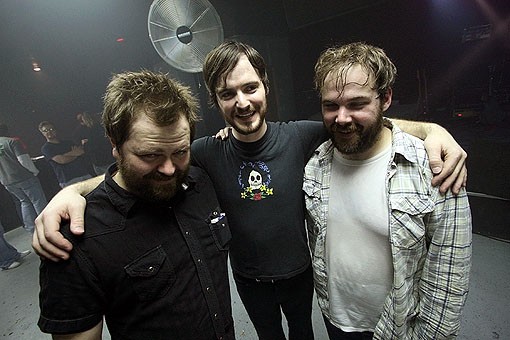