August 28, 2009 at 4:45 PM
comment
Earlier this week over at the Daily RFT, Bill Streeter penned a great, thought-provoking post about several issues concerning digital music now. Among other things, he discusses the competing versions of a new digital album -- one dreamed up by Apple and the other dreamed up by the Big 4 major label axis of Sony, Warner Brothers, Universal and EMI -- and his theory that the Beatles catalog might finally being released to DSPs. 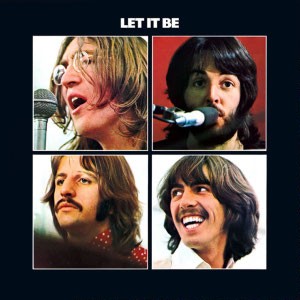 Apple is reportedly holding a September 9 meeting -- agenda unknown -- which just so happens to be the same day as the release of the remastered Beatles catalog. Again, this is all rampant speculation, so we're going to have to wait until closer to the date to see if information leaks. In town, however, Vintage Vinyl has confirmed some pretty cool events to commemorate the Beatles remasters anyway.

*Local Beatles tribute act Pepperland (which we just wrote about here) will be performing an acoustic set at 2 p.m.
*People will have a Yellow Submarine photo opportunity. (I hear it's a giant blow-up replica of the album cover, which you can stick your head through. Hello, Facebook photo!)
*Free green apples!

And, of course, you can purchase the Beatles CDs, in a variety of formats. VV says it'll have "thirteen studio albums, plus the two Past Masters collections, a Stereo Box Set AND a Limited Edition Mono CD Box" available. Each single-disc studio album will also just be $9.99 on Wednesday only!

The rest that's for sale, well, VV described better than I can:

Each new re-mastered single CD features limited edition deluxe packaging with expanded liner notes and previously unseen photos; the initial limited run will also contain its own mini-documentary in a QuickTime file. After this edition is sold out, subsequent copies will not have the documentary.

We shall also have a limited quantity of the 10,000-run Mono Box Set -- eleven albums/13 discs, in a hard glossy slip box, with all the mono tracks and EP releases never seen on the original albums. The CDs will be packaged as mini-LP replicas, with Help! and Rubber Soul discs offering the original stereo mixes as well as the mono mix (these were released in the 60s both ways). Yellow Submarine, Abbey Road, and Let It Be will not be in the Mono box, given they were recorded originally in stereo.

The Stereo Box (which is not a limited edition), will have deluxe packaging and shall contain all 13 mini-documentaries for the individual LPs, in a glossy black hard lift-top with magnetic clasp.