Better Than: Sitting at home listening to the Postcard Records discography.

The Trashcan Sinatras had no idea how prescient the title of its early '90s hit single, "Obscurity Knocks," would prove to be. Nearly twenty years later, the Scottish band has endured bankruptcy, label mergers, label disinterest and other mishaps, all of which have kept it criminally under the radar in America. 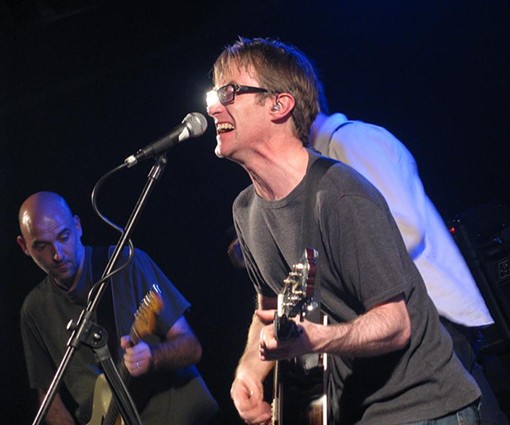 But you wouldn't have known the band's cult status on Saturday night at the Firebird, where a crowd of 100 people screamed, cheered and sang along with the strength of a mob ten times its size. (Actually, soccer hooliganism or a raucous night in a pub might be a better comparison.) Making its first area appearance since the early '90s, the Trashcans seemed grateful for, if not a little overwhelmed, by the rabid response.

The setlist stuck mostly to its new album, In the Music; its previous album, Weightlifting; and 1993's unheralded Brit-rock classic, I've Seen Everything. It's a testament to the band's songwriting talents (and consistency) that the new and the old meshed perfectly. Two electric guitars and an acoustic gave its songs a pastoral lilt, while preventing the folk-leaning numbers from sounding anemic. Music's slower ballads conjured the dreamiest parts of the Smiths' debut LP (although come to think of it, the faster tunes also resembled the Smiths).

As always, lyrically the Trashcans' songs hit the sweet spot where love and longing intersect, where sweet melancholy gives way to blissful happiness. Credit for the depth of these emotions goes to the perfect harmonies of vocalist Frank Reader and guitarist John Douglas - seriously, the Platonic ideal of the sort - and Reader's expressive, plaintive lead turns.

Of particular note was the new tune "I Hung My Harp Upon the Willows," whose sparseness and traditional feel induced goosebumps, and Weightlifting's title track. The encore rendition of the brisk strum "All the Dark Horses" nearly sent the audience into spasms of joy, as did Everything's "radio hit" "Hayfever." And the sublime jangle "How Can I Apply?" - from A Happy Pocket, which was never even released in the States - even stirred up whoops of joy.

Openers Brookville know a little something about pop music - and being under-appreciated: They're otherwise known as the side project of Ivy's Andy Chase. (Chase also produced the Trashcans' In the Music.) The band's 45-minute opening set was simply marvelous, song after song of mellow harmonic pop that felt like the sonic equivalent of marsh mellow fluff.

Brookville's tunes aren't far removed from Ivy's cooing, martini-bar synthpop -- and on the numbers where Chase took keyboards, the connection was obvious - but they're quite a bit more muscular. And thankfully, only occasionally did its songs drift off into the ether. A cover of The The's "Slow Emotion Replay" was a highlight. Incidentally, Brookville's new album, Broken Lights, is due September 29.

Encore: "All the Dark Horses" (Weightlifting) "Send for Henny" (I've Seen Everything) "The Engine" (In the Music)

Critic's Notebook: I have never seen Love Experts lead singer/noted Anglophile Steve Carosello so happy at a show before. He beamed throughout the entire set AND was still agog at the merch table after the show. It was pretty great to see.

Personal Bias: Here's a profile I wrote on the Trashcans five(!) years ago.

By the Way: You could purchase a live MP3 of the show right after the gig, on a flash drive. I totally did that. What a great way for a band to give something special to their fans - especially a band whose supporters likely have most of its albums already. 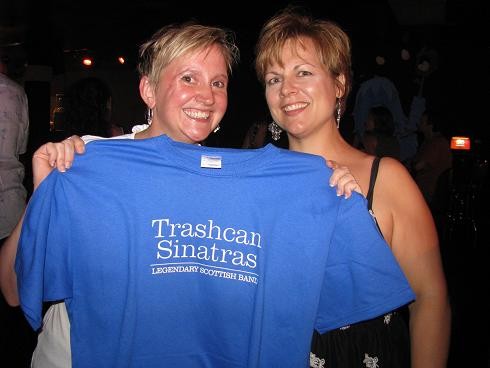