Review + Photos: Lupe Fiasco and Black Spade at Live on the Levee

August 01, 2009 at 11:35 PM
comment
The Live on the Levee folks deserve some big ups for their booking this year. For starters, July 17's Sonic Youth show was a historically badass gig in the most beautiful concert setting the city has to offer.

Then last night came Lupe Fiasco and Black Spade -- a double-whammy of a local standout and a chart-topper with "conscious" cachet. Not too shabby at all. Spade, the hometown boy, nearly upstaged Chicago's second-biggest underground rapper by pulling a page from the Flaming Lips' playbook. Several dozen fans (and a handful of people on stage) donned cardboard masks with a mean green face stenciled on the front.
​
The masks added a playful air to the unseasonably cool, clear August night and gave Spade's set the feel of performance art. Emphasis on performance -- it was a mini revue of some of St. Louis' most talented emcees and a fantastic moment for the city's bubbling hip-hop scene. Oh, and Lupe kicked ass too. Lupe took the stage at twilight, just as the surprisingly large crowd (given the wet weather early in the day) had finished filing in. The first few bars of MJ's "Thriller" got them on their feet and Fiasco followed with a solid hour and a half of high-energy stage antics and audience sing-alongs. 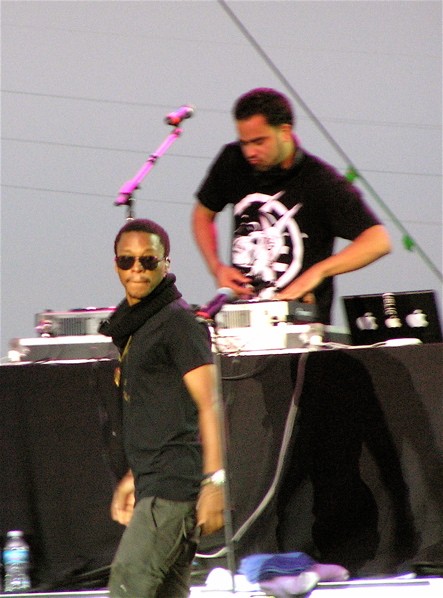 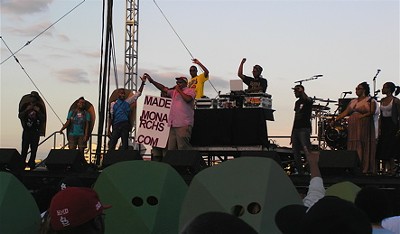 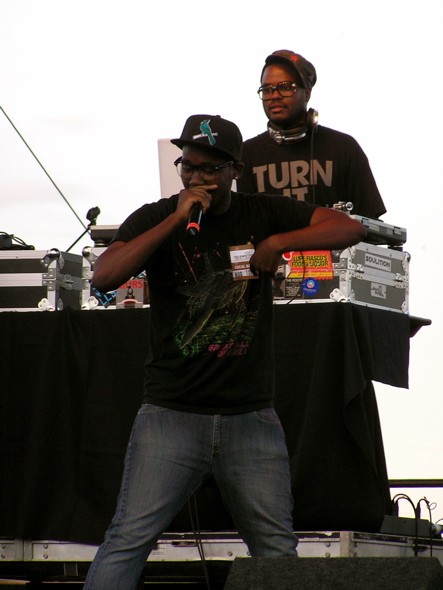 Spade, though, held his own all night. He joked with Fiasco on his song "Lavish Life," asking the crowd "Who wants to live the lavish life? Not me, that's for Lupe." After Knuckles finished up, he brought it back the laid-back soulful (to the tune of two back-up singers) affair it really was with "Love No. 9." 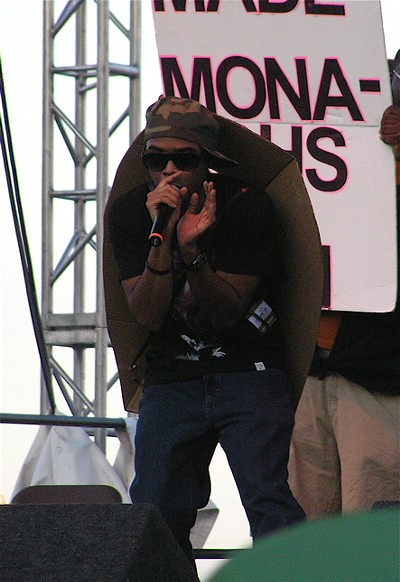 Spade was so generous with cameos he ended up letting the last song go to Corey Black. Dressed in the best vintage t-shirt find I've seen since I was at Value Village on Capitol Hill in Seattle (Mario 3, pictured below), Black gave some big ups to Hot 104.1 for playing his single "Finger In My Nose." Yes, it's about nose-picking. It's equal parts Biz Markie, 2 Live Crew, and Run-DMC. Spade's stellar song "Actioneer" just might have been able to top that, but we only got to hear the first chorus before his time ran out and the show abruptly ended.