July 29, 2009 at 10:36 AM
comment
Toad the Wet Sprocket played at the Pageant last night -- and boy, what a treat. Toad's my Coldplay, a band I'm almost embarrassed to say I love. But my first time seeing the Santa Barbara quartet (which also featured a great pedal-steel player) was a real treat. 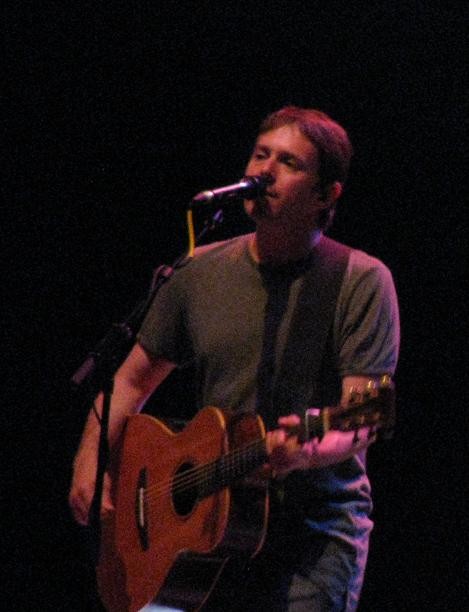 The set started off shaky, with slowed-down versions of "Something's Always Wrong" and "Whatever I Fear," both of which were transposed to a much lower key. That's never a good sign for a band, but in Toad's case the reason might be medical: A freak accident vocalist Glen Phillips suffered last year partially severed a nerve in his left arm and affected his guitar playing, so it's plausible the different arrangements were to compensate.
That didn't seem to help the hit "All I Want," which seemed far too high for Phillips to sing. (The crowd filled in most of the gaps, anyway.) But strangely, his voice sounded better and stronger on early songs such as "Way Away," which was introduced as "the first song on our first record." Still, this is a small quibble in light of the band's gorgeous harmonies, as heard on the many tunes Toad performed from fan favorite Dulcinea -- including an affecting, cutting "Inside" and R.E.M.-ish "Woodburning."
The band was clearly having a great time, and raved about the venue several times and reminisced about playing a recent Live on the Levee gig in the pouring rain. (Phillips, as is his wont, casually performed barefoot.) And all complaints on my end dissolved when the band dusted off the fantastic Pale tune "Come Back Down," a folk-rock heartstring-tugger whose chiming minor chords haven't lost an ounce of wistfulness or melancholy.
Songs I remember hearing (not in order, not complete): Woodburning, Whatever I Fear, Something's Always Wrong, Inside, Fall Down, Listen, All I Want, Brother, Good Intentions, Come Down, Stupid, Way Away, Come Back Down
I left in the middle of the encore for the Firebird just in time to catch El Ten Eleven. The duo loops bass (and/or a DOUBLENECK guitar/bass) in time to discotheque drums -- and no vocals. This shouldn't work -- but oh man, it does. The band's grooves were dizzying disco spirals and cutting grooves that simply smoked. One of the songs could be mashed up with "Back That Azz Up"; another tune recalled the Jeopardy theme. The end result created a dance party that was almost too ridiculous for a Tuesday night.
That is, until Cleveland's Gil Mantera's Party Dream -- an act I described as "epic cosplay disco" -- took the stage. The only way to describe its set is through photos, of smoke machines, raunchy stand-up, leg-kicks, Vocoder jams -- and did I mention the smoke machines? Oh yes.

The only show I didn't make it out to last night was Josh Ritter at Off Broadway -- I want details! Post links in the comments, please.