In the Studio: Cassie Morgan and the Lonely Pine 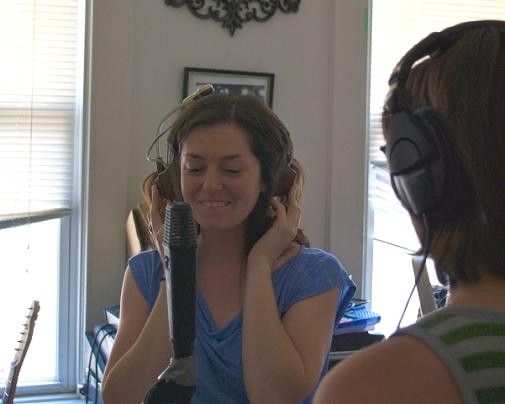 Who:Cassie Morgan and the Lonely Pine(featuring Beth Bombara) Sound: Bombara: "Maybe it's because her name comes right before Beth Orton's in my iPod, but Bombara's sweetly ragged, potently hollow voice recalls some of the British singer's more naked moments." (Christian Schaeffer, April 2, 2008). Morgan: "On this five-song EP, her vocals are pushed so far to the front of the mix that it's like she's whispering in your ear. And, like an earthier Hope Sandoval, this is exactly the right effect for a singer like this." (Christian Schaeffer, December 3, 2008) Studio: A home studio in Chicago Recording With: Joey Lemon of the band Berry. Lemon also recorded Samantha Crain and the Shivers' Confiscation EP When Recording: July 2009 Release Date? Possibly by the end of the year About the new music: Bombara and Morgan have been playing out together in various band configurations for almost a year now, so recording together was a natural next step. The pair tracked nine songs in a whirlwind weekend at Lemon's home studio, where Morgan has recorded before. Naturally, the fast pace influenced the sound of the finished music.

"Tracking live to tape probably saved us some time and gave each song a nice, organic texture," Morgan says.

"It's an interesting mix of songs, from the first two I ever wrote, to brand new songs or songs that we've only recently started playing out. There's a balance between the playful, more upbeat material (at least more upbeat than those on the Pine So Sweet EP), and the eerie, more mellow/melancholy sounds.

"We did our best to try something different with every song," she continues, "from utilizing the help of friends snapping and clapping as barebones percussion, to adding ambient sounds of wine glasses, bowed glockenspiel, and instruments we can't even name because we don't know what they're called."

These friends include Samantha Crain and the Midnight Shivers drummer Jacob Edwards (the band happened to be playing at the House of Blues in Chicago that weekend and ended up crashing at Lemon's house) and, of course, Bombara.

"We were able to accomplish so much more -- in the same amount of time -- with Beth there," Morgan says. "The addition of her background vocals alone adds such richness to the songs, not to mention all her other contributions of things like toy piano and slide guitar. It was just easier this time, and there was less to flesh out during the recording process -- and less work for Joey and me."