Black Lips and The National at Pitchfork Music Festival 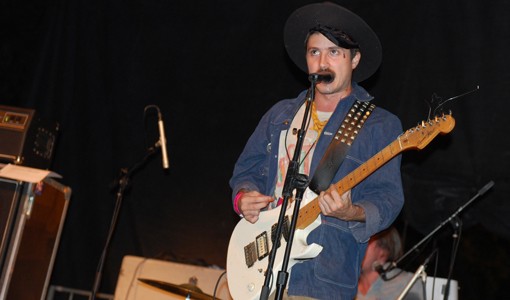 Black Lips, the Atlanta-based flower punks were guitar-smashing goodness on the small stage. A highlight was "Drugs," off the 200 Million Thousand LP, released earlier this year. It was a jangly pop gem that inspired many a go-go dance in the crowd -- and every pot-smoker to give everyone around them a contact high.
Meanwhile, across the no man's land of blankets and beers, couples making out, and at least one woman sobbing, The National played to devoted fans, who responded positively to tracks from the band's latest album, Boxer -- especially the second track off that record, "Brainy," which the group nailed in with all the heart present on the recorded version.