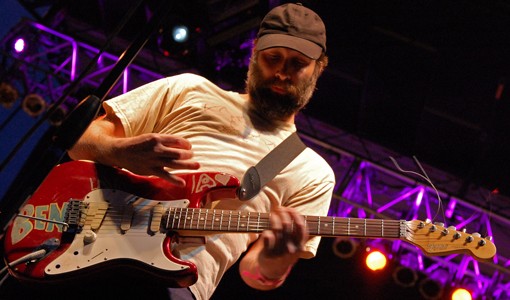 It's the end of Day 1 of Pitchfork Music Festival here in Chicago, which by Sunday, should see 40 bands play and welcome 50,000 -- ahem, hipsters -- through the fences of Union Park. More than a few bands who have made their way through St. Louis in the past year -- and some who will be here later on -- are scheduled to play this weekend.

The first night of the festival has traditionally been reserved for revered indie bands celebrating their most popular or critically acclaimed record by playing it start-to-finish. This year is different however, with each of the four bands -- Built to Spill, the Jesus Lizard, Yo La Tengo and Tortoise -- agreeing to play audience requests as part of a "Write the Night" event. The Flaming Lips, who close out the festival Sunday night, will do the same.

Chicago's own the Jesus Lizard, fronted by the ageless, ferocious David Yow, played its first show in the city in more than a decade. Yow -- who showed as much energy at 49 as punks half his age -- kept the fist-pumping crowd enraptured with his maniacal stage presence, interrupted by brief moments of sanity and jokes between songs (Q: "What is brown and rhymes with 'snoop?'" A: "Dr. Dre.") Yow jumped straight in the audience, a good ten-foot leap, at one point during the set, and spent as much time in the audience as on stage.

Built to Spill is currently closing out the night, led by guitar deity Dough Martsch. It's a very '80s-'90s night here in Chicago. (And apparently so in St. Louis, where Sonic Youth performed for free under the Arch.)

Earlier in the day, on-again, off-again rain didn't appear to soak festival-goer enthusiasm or dampened fashion choices; overheard in every corner of the park was excited talk about bands and seen were nervous toe-tappers waiting in line to get in. And despite the overcast skies, sunglasses of all sizes and tints were in full motherfucking effect. 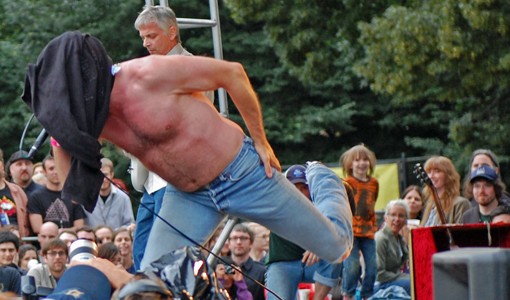 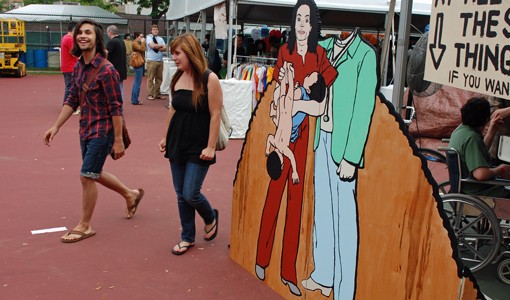 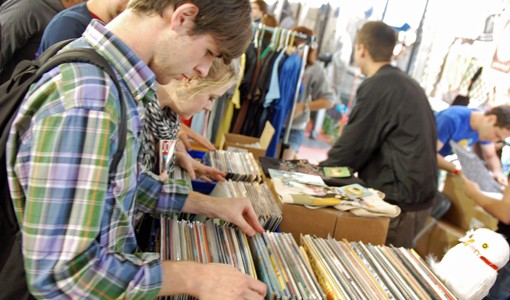