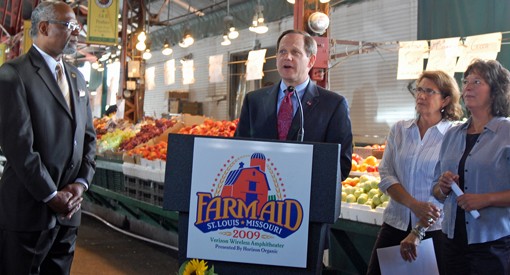 My colleague Chad Garrison (via the P-D) reported this morning that Farm Aid will be held Sunday, October 4, at the Verizon Wireless Amphitheater. On the event's website, it says that Willie Nelson, Neil Young, John Mellencamp, and Dave Matthews are already confirmed for the show -- they're FA board members, so they kind of have to show up -- with more to be announced. Either way, right on!

The openers for this year's concert will be announced within a week, said Carolyn Mugar, Farm Aid's Executive Director.

"This week we're going to be announcing some more killer bands," she said.

Tickets for the concert go on sale at 10 a.m. July 25, or as early as Friday, if one becomes a Farm Aid member on the organization's website.