Photos: Whigs/Dead Confederate at Fubar, Headlights/Cut Off Your Hands at the Firebird

Dead Confederate -- which we've written about quite a bit -- once again destroyed eardrums and song structures. Keyboards appeared higher in the mix, making the set feel much more like Explosions in the Sky embracing its inner angsty grunge teenager. Highlight of the set: A cover of Sonic Youth's "The Diamond Sea" as heard on the album Washing Machine -- which means with a noise freakout/jam in the middle that eventually meandered back to the main underwater melody line and sighing lyrical regret, "Time takes its crazy toll." 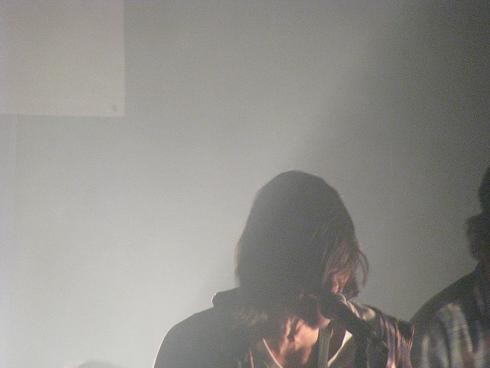 The Whigs, as expected, turned in a reliable, loose set of Who-meets-Replacements rock.  Highlights, by the numbers:

1. Crowd surfing. Many times.
2. A new song -- "Stars Under Alabama"? "Alabama Stars"? something along those lines -- which was lighter and quite poppy; think R.E.M. ca. Reckoning, with a cadence/structure which made me think of Tori Amos' "Precious Things."
3. A boozy -- i.e., band members were swigging from a bottle of Jack Daniels -- set-ending cover of the Kinks' "Lola" with openers Trances Arc onstage.
4. Vocalist Parker Gispert commenting that the band finally drew a crowd to a St. Louis club show, after playing to an empty Creepy Crawl multiple times.
5. Fiery versions of "Need You Need You," "Already Young," "Like a Vibration," "Right Hand on My Heart" and plenty more.

Note to everyone: Due to curfew, all Firebird Sunday night shows start at 8:30. Or before -- last night's concert started at 8:15 or so, which meant that when I showed up at 9:25, Pomegranates were just finishing up. D'oh. The one song I heard showed that the Cincinnati band continues to improve and thrive and totally geek out because it's so excited to be playing music.

Headlights also continues to improve. On disc, the band sounds all airy and innocent -- but live, man, its pop will totally sneak up on you and sucker-punch with devastating sweetness and hardscrabble rawk. 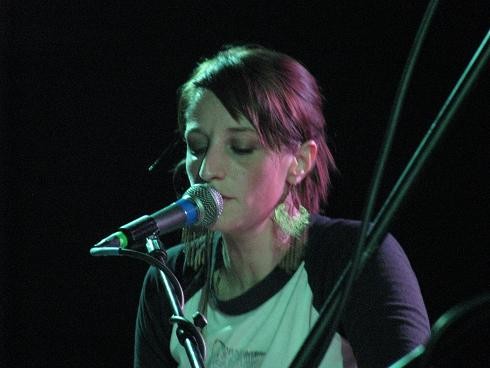 And then there's New Zealand's Cut Off Your Hands, who do the post-punk dance thing so many bands do -- only better. The set exploded like a powder keg, with a fierce rhythm section and sharp-elbowed riffs keeping the tunes taut like a rubber band.