The Creepy Crawl is Closing; Last Show is Saturday, December 27

December 22, 2008 at 7:36 PM
comment
Employees at the Creepy Crawl confirmed this evening that the venue is closing after the Saturday, December 27 show. 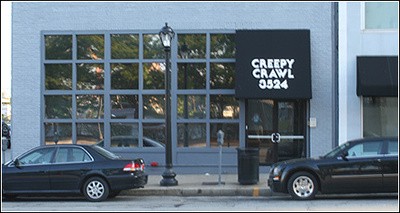 The venue also marks its eleventh anniversary on Saturday. According to the Creepy Crawl Web site, the line-up for Saturday's show is to be determined.

Before owner Jeff Parks moved the punk/rock venue to Grand Center (3524 Washington Boulevard) in 2006, it was located downtown at 412 North Tucker Boulevard.