In the RFT that's coming out later this week, our music writers will weigh in on what they liked -- and didn't like -- about music in the year 2008. Various writers from around the Village Voice Media chain also weighed in on their jams, lists we'll be rolling out over the next week or so. Here's a sneak preview of these, my list of top ten pop songs.

Pop music often gets a bad rap for being disposable or vapid, and in many cases that's true. (Katy Perry, Danity Kane and the Pussycat Dolls, step right up!) But every year, a few irresistible bits of innovative ear candy rocket up the charts and seep into our subconscious.

The following ten singles saturated the Top 40 -- or what passes for hit-oriented radio in this topsy-turvy musical climate -- while proving that accessibility doesn't necessarily preclude creativity. 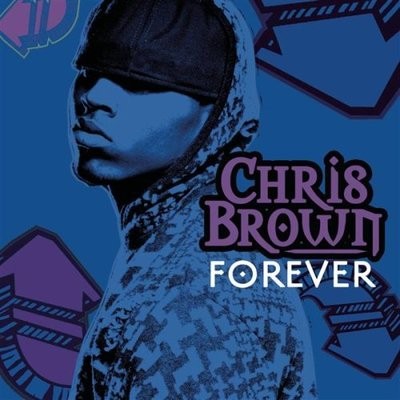 
Few adolescent pop stars have aged as gracefully as fleet-footed Chris Brown. Produced by Polow da Don, "Forever" was first recorded in shortened form for a Wrigley's Doublemint gum ad; accordingly, the longer version of "Forever" is a grown-up bit of (no pun intended) bubblegum hip-pop that's still young at heart. Rounded techno beats and digitally warmed vocals conjure the giddiness of puppy love, a time of life when the entire world shines with hope and promise.

COLDPLAY
"Viva la Vida"
(Capitol)
Coldplay gets flak for its perceived pretentiousness, but "Viva la Vida" tempers that bombast with effortless humility. The song's sturdy, hearty strings (arranged by Davide Rossi, who's toured with Goldfrapp) and triumphant, church-bell percussion stand in sharp contrast to the soft, synthesized ambiance of Viva la Vida or "Death and All His Friends." Lyrics about a fallen ruler tortured by regrets -- including dishonest behavior and excessive hubris -- portray a fallible figure that's more relatable than most pop-song heroes. 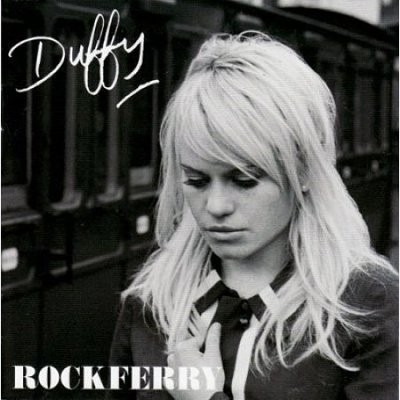 DUFFY
"Mercy"
(Mercury)
The U.K. act Lucky Soul and its vintage-girl-group sass might have more underground cred, but it's Welsh chanteuse Duffy who's earned widespread kudos for her retro cool. "Mercy" sounds like a relic from Swinging London's Carnaby Street, with its kicky mod-surf organ, Watusi-perfect syncopation and Duffy's faraway, AM-radio-icon vocals. Her soul-drenched rasp at times channels Nancy Sinatra, Lulu, Dusty Springfield and Motown divas, but the 24-year-old's confidence and intonation are wholly her own creations.

ESTELLE, FEATURING KANYE WEST
"American Boy"
(Atlantic)
Based around chunky disco-funk chords from Boys Noize's "& Down" and techno-soul beats from "Impatient," by Will.i.am -- who produced and co-wrote the song -- "American Boy" is a butterflies-in-stomach daydream. Sassy U.K. soulstress Estelle flips the usual longing for the exotic in favor of visiting U.S. hot spots (Broadway, Brooklyn, L.A.) with her all-American crush. (Even her distaste for his "baggy jeans" can't hide her coy liking for "what's underneath them.") It's not every day that Kanye West takes a back seat to anybody, but his dull guest verses add nothing to this whimsical, breezy narrative.

LIL WAYNE, FEATURING T-PAIN
"Got Money"
(Cash Money)
2008 was inarguably the Year of Weezy: Lil Wayne's Tha Carter III was one of the few bright spots in terms of album sales (it sold a million copies its first week in stores), and the stuttering single "Lollipop" dominated all summer (and has already spawned a hard-rock cover by Framing Hanley). Still, Wayne's appeal is much clearer on "Got Money," a song on which orchestral flourishes and gleeful celebrations of excess (and of Wayne himself) abound. T-Pain's vocoded vocals chime in from the peanut gallery and move the song along, matching Weezy's gravelly, animated expressions word for word.

M.I.A.
"Paper Planes"
(XL/Interscope)
It took the inclusion of "Paper Planes" on a movie trailer (Pineapple Express) to propel M.I.A. into the mainstream. But it's still an unexpected hit: Hyphy-like snaps and her laissez-faire jump-rope chants devolve into a chorus that's full of gunshots and cash register ka-chings. An omnipresent sample of the Clash's "Straight to Hell" drones in the background throughout, a melodic trick that seems brilliantly apt when M.I.A. cheekily slurs, "Yeah, I've got more records than the KGB," on the song's bridge.

NE-YO
"Closer"
(Def Jam)
The first single from Year of the Gentleman is a sleek, chrome-plated R&B jam. A plaintive acoustic guitar melody and magnetic dance beats -- which obliquely resemble Underworld's mid-'90s heyday -- match Ne-Yo's longing for an alluring woman. The attraction between them grows stronger as "Closer" progresses; Ne-Yo repeats the phrase "I just can't stop" over and over, and by the song's end, his voice is breaking with desire and need.

RIHANNA
"Disturbia"
(SRP/Def Jam)
The Barbadian beauty's Good Girl Gone Bad (and the Reloaded reissue) spawned hit after hit in 2008, but the fever dream "Disturbia" stands above them all (save for her shoulda-been smash duet with Maroon 5, "If I Never See Your Face Again.") A song suitable for a teenage slasher flick, "Disturbia" matches an indefatigable electro-pop backdrop with dread-filled lyrics and a bouncy, wordless chorus. This uncertain atmosphere matches up nicely with Rihanna's delivery, which ranges from detached cool to mild panic, the discotheque equivalent of free-floating anxiety.

SNOOP DOGG
"Sensual Seduction"
(Doggystyle/Geffen)
Snoop's said in interviews that his talkbox-aided distorted vocals on "Sensual Seduction" honor the late funk luminary Roger Troutman. The super-deep grooves the latter crafted with Zapp -- along with the oeuvre of bawdy genre stalwart Rick James -- especially influence "Seduction" (or "Sexual Eruption," depending on where you're hearing the tune). Bird-like chirps and pastoral keyboard surges mingle suggestively with Snoop's laid-back leers. In other hands, these come-ons would be sleazy or cheap, but the inimitable Snoop somehow makes all the caddishness sound charming and irresistible.

T.I.
"Whatever You Like"
(Grand Hustle/Atlantic)
It's fitting that T.I.'s "Whatever You Like" samples the Rocky II theme, as the Atlanta rapper's chart-topper is an unqualified artistic knockout. Produced by Jim Jonsin (of Lil Wayne's "Lollipop" fame), the song succeeds because of its minimalism. Loping tin-can beats and micro-beep synths are the only accompaniment, leaving T.I.'s generosity toward his lady in the forefront. "Stacks on deck, Patrón on ice," he speak-sings with sincerity. "And we can pop bottles all night/Baby, you can have whatever you like."

More 2008 in Review (links going live as they're published):