Album: Flat As A Pancake 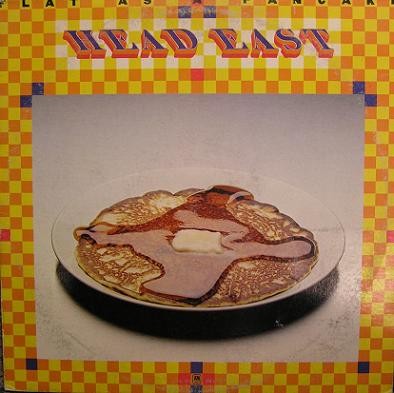 What it sounds like: People from Southern Illinois trying to play southern rock—like Lynyrd Skynyrd meets AC/DC. The kind of thing that’s been reincarnated by the likes of the Drive-By Truckers and Blitzen Trapper.

Best Track: “Love Me Tonight.” This song shows that 1975 was still the free love era, and people were proud of it. Check the lyrics: “I don’t know where you been or who you been in but I believe you’ve got exactly what I need.”

It opens with rapidly strummed guitars that sound exactly like the beginning of The Who’s “Pinball Wizard,” and then goes into their standard Southern rock routine—jaunty keyboards, a fancy guitar riff or two, and that’s that.

Worst Track: “Fly By Night Lady.” Actual opening lyrics: “You telling me that you ain’t a fly by night lady but I seen you going down when you thought nobody else was around.” Eww. Then there’s frantic, Keith Moon-wannabe drumming, intermittent screams of “Hey ladyyyyyy” and the kind of synthesizer solo that was way too popular back then.

Who you can thank for the amazing cover art: Art direction: Roland Young, Front Cover Photography: Chuck Beeson, Back Cover Photography: Jerry Tovo. There was some speculation in the office that the back cover photo was taken in the Olivette Diner. 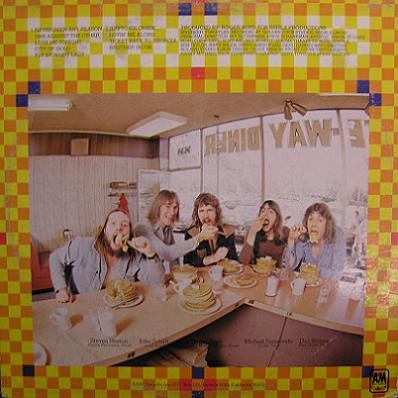 Interesting Facts: Head East hails from South Central Illinois and played its first show in Carbondale. St. Louis, however, is often cited as their hometown (there’s a shout out to their “St. Louis Road Crew” on the liner notes to this record). Head East recorded and released Flat As A Pancake itself (on its own label, called Pyramid) while attending the University of Illinois-Champaign in 1974.

The record did well enough to earn them a contract with A&M Records, which re-released it in 1975. It ended up going gold, with the singles “Never Been Any Reason” and “Love Me Tonight” both charting in the Billboard top 100.

It was all downhill from there. Head East released nine more albums, none as successful as the first. Its self-titled album from 1978 and live album from 1979 were the last gasps at notoriety, peaking at 78 and 96 on the Billboard pop album charts.

In 1979 lead singer and founding member John Schlitt was booted for the band for drug and alcohol dependency (he was later born again and fronted the contemporary Christian group Petra). Head East went through a number of line up changes, continuing to release records all the way up to 1988’s Choice of Weapons.

Head East still performs today, but only keyboardist Roger Boyd remains from the original line-up. Here’s the band in 2008.