Since we checked in to the HoJo around 2 a.m., the front desk kindly allowed us a late checkout, but we took even that down to the last second, and the housekeeping staff was there at 12 p.m. sharp to chase us out of the room. We made our way over to Franklin Trailer Repair, and were pleasantly surprised to see just how much work they had managed to lump into the original cost they had quoted us.

In addition to replacing both wheel hubs and lug bolts, they also replaced our axle, leaf springs, u-bolts, front hitch beams, gave us a new right fender and a new lock for the back latch. Essentially, everything was new except the box itself. Kinda nice, but it all cost a pretty penny. 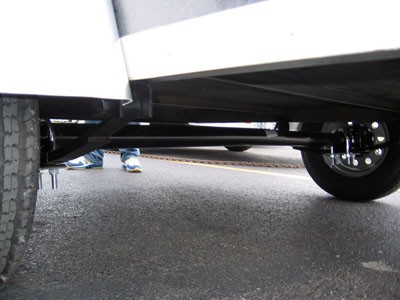 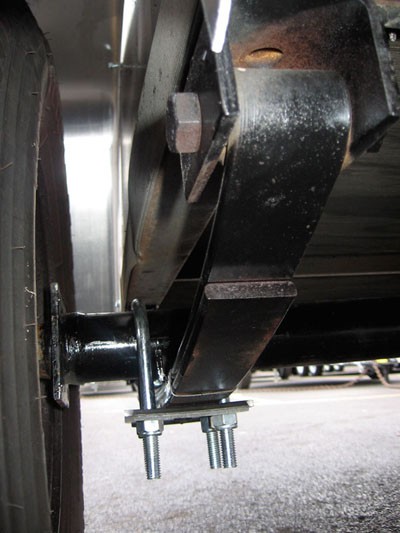 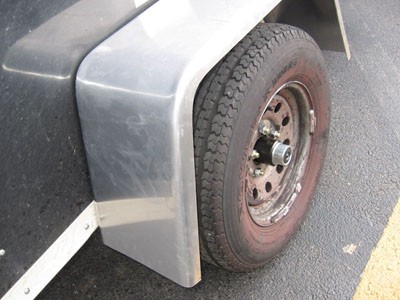 We had no show for the evening, and had talked about stopping to catch the Mates of State/Headlights show in Pittsburgh, but by the time we got the trailer back and got rolling, our ETA in Pittsburgh was 11 p.m. at the earliest. We decided to press on to Columbus and call ahead to our friend Ahmed, of fellow Emergency Umbrella group Sinkane, to see if we could land a late arrival at his place. He agreed, but warned that if we got there before 2:30 a.m., he might still be at the bars. Awesome.

Music in the van: Apostle of Hustle, Cloud Cult, Self A little ways outside of Columbus, we stopped at a gas station, where the two middle-aged women working there were feeding a large group of raccoons behind the station.

They apparently had been doing it for quite some time, with the successful effect being that the raccoons stayed out of the garbage. I can’t recall ever seeing or hearing of anything like that, especially not at a place of business, but it was certainly an entertaining moment in the middle of a long, boring drive.

We rolled into Columbus around 2:30 a.m., and were greeted by Ahmed at his house. Moments later we were all asleep, and some of us were snoring.