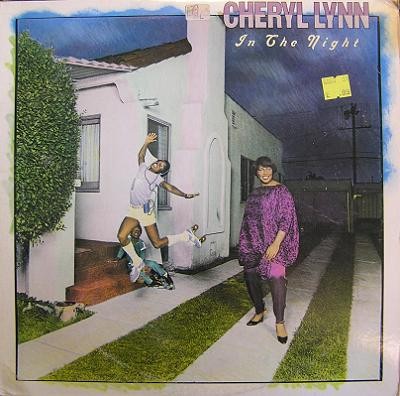 Album: In the Night

What it sounds like: Runs the gamut from early ‘80s funk/dance-pop to the demon spawn of slow jam R&B and disco.

Best Track: “Baby.” Lots of wah pedals and syrupy synthesizers combined with a thumpin’ and funkin’ bass line made me want to ride the soul train. Bonus points for the Prince/make-love-to-your-old-lady lyrics: “I like the things you like to do to me baby/I want to keep you satisfied/because you never know who’s out to get your man.” Sharon Jones should cover this song.

Worst Track: “Shake It Up Tonight.” A runtime of 5:41 that never seemed to end. A really bad string arrangement that highlights all the bad parts of disco and early-‘80s R&B. This was probably played over the opening credits to Days of Our Lives circa 1981. When she promises to, “Shake it up tonight/I’m gonna to show you how to party right” she should start by never playing this song ever again.

Who you can thank for the amazing cover art: This reminds me of a Diane Arbus photograph. Design by John Berg, photo by Edie Baskin. 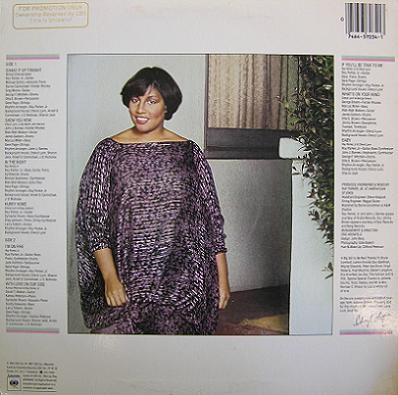 Interesting Facts: Via Wikipedia: Half of the songs on this written by and all were produced by Ray Parker Jr., the brilliant musical mind who brought the world the Ghostbusters theme song (which I maintain is one of the best party jams ever). In The Night, along with the 1982 follow-up Instant Love, were re-released in a two-disc package in 2006 by Collectables Records, the first time either had been produced on CD. “Shake It Up Tonight” and “In the Night” peaked at number five and number 79 on the U.S. R&B charts, respectively. Lynn is best known for 1979’s “Got to Be Real,” which someone called “one of the seminal moments in disco,” so you’ve got that to thank her for. She’s still around and has plans for a new album to be released in 2008. I can’t wait.