(Welcome to Second Spin, A to Z's newest weekly feature. Every Tuesday, we'll go to a local vinyl emporium, pick out a random LP that looks interesting -- preferably one with ridiculous cover art -- and place it in the context of musical history.) 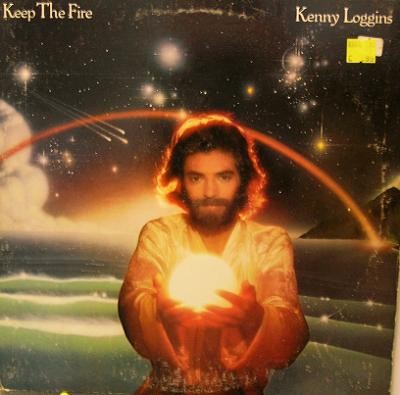 What it sounds like: The album that single-handedly spawned the dreaded “adult contemporary” genre.

Best Track: “Love Has Come of Age” The side one, track one tune is a true rocker. Sort of. Like Led Zeppelin decaf. Maybe it’s just the jailbait chorus/title but this song also has a bit of a Quiet Riot or Great White feel to it. Let’s call it proto-butt rock.

Worst Track: Tough choice, but I’m going with “This is It,” featuring St. Louis’ own Michael McDonald on backup vocals and piano. Loggins half-whispers the opening lines, then sounds like he’s grabbing his balls and singing just out of his range the rest of the way. There’s also a bass line that Disco Stu would love. And a super cheesy string arrangement. And it’s nearly four-and-a-half minutes long.

Who you can thank for the amazing cover art: According to the liner notes it’s actually a painting done by Scott Thom. “Cover concept” by "Christ Kenny" Loggins and Scott Thom.

Where you can hear it live: Loggins will be at the Family Arena in St. Charles on August 17.

Interesting Facts: Via Wikipedia: Michael Jackson (I’m assuming the Michael Jackson) contributes backup vocals on the track “Who’s Right, Who's Wrong.” The song “Mr. Night” (along with two other Loggins songs) is featured on the Caddyshack soundtrack. Interestingly, Loggins ended up making a mint off of soundtracks throughout his career, with his songs appearing on the OST’s for Footloose, Sylvester Stallone’s Over the Top, Caddyshack 2, One Fine Day, The Tigger Movie (seriously), and, most awesomely, Top Gun with the immortal “Danger Zone.” (Video after the jump.)

Loggins’ eldest son Crosby (wonder what he was listening to when that kid was conceived?) won the 2008 season of MTV’s reality show Rock the Cradle, making papa proud by beating out the children of MC Hammer, Olivia Newton-John, Eddie Money and others.