Mogwai to Reissue Young Team -- Plus Win a Signed Copy!

Scottish post-rock noiseniks Mogwai are joining Air and Liz Phair as the latest artists to release expanded editions of seminal albums. In Mogwai’s case, the quintet is reissuing its 1997 debut, Young Team.

Due May 26 from Chemikal Underground, the definitive edition of Young Team will be available as a double-CD or limited-edition, quadruple vinyl box-set; new liner notes were penned by journalist/writer Keith Cameron.

**CONTEST** I'm pleased to announce that I have a signed copy of Young Team to give away. To enter the contest, email me with “Mogwai: I Want My Young Team” in the subject heading by Tuesday, May 20. A winner will be chosen at random and sent the release. 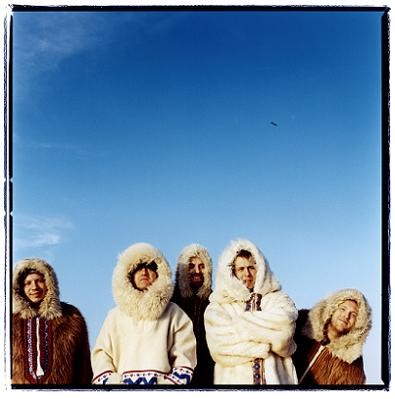 Of course, everyone wants to know what goodies are on the second disc – and so courtesy of the press release I just received, Team’s expanded tracklisting includes:

… blistering live recordings of “Like Herod” at T In The Park; “Katrien” performed at Lounge Ax in Chicago and “Mogwai Fear Satan” from Chemikal Underground’s 5th Anniversary Party at The Garage in Glasgow. There are session tracks too: “R U Still In 2 It” (featuring vocals by Aidan Moffat) on the Mary Anne Hobbs show (Stuart Braithwaite’s on-air accusation that Mary Anne ‘fancied’ Aidan has been excised to protect the innocent) and “Summer” performed live on NYU’s student radio station WNYU. Other rarities include a version of “Honey” by Spacemen 3; “I Don’t Know What To Say” (from an NME covermount CD); “I Can’t Remember” (from an extremely rare ‘Glasgow’ 7” by Plastic Cowboy) and the previously unreleased opener on Disc 2, “Young Face Gone Wrong.”

Mogwai will be performing in September at All Tomorrow’s Parties New York, which just announced that Dinosaur Jr, Mercury Rev and Yo La Tengo will join My Bloody Valentine, Built to Spill, Thurston Moore and others for the three-day festival.