Concert Review: The Swell Season at the Pageant featuring Glen Hansard and Marketa Irglova, Tuesday, May 6

The central appeal of the 2006 movie Once is what happens when creativity and attraction intertwine in musical and romantic chemistry. Stars Glen Hansard (an Irish street busker) and Marketa Irglova (a pianist) find each other and experience a simple, but sweet, jolt: the irresistible pull toward another person, the intangible magnet spark, the intoxicating emotional rush and aching longing that come with dewy love.

The movie’s storyline – and Hansard and Irglova’s real-life musical collaboration, the Swell Season -- became even more poignant when it was revealed that the on-screen duo became an actual couple. This collusion of reality and fantasy is the stuff of which fairy tales (and fan fiction) are made; the couple’s heartbreakingly gorgeous harmonies and obvious songwriting gifts only exacerbated its ideal image.

Without that cinematic pixie dust surrounding Hansard and Irglova’s relationship, though, what’s left is reality – which perhaps isn’t quite as idealized or glamorous (although probably no less satisfying). At one point during the Swell Season’s sold out show at the Pageant on Tuesday night, Hansard embraced Irglova and sweetly slow-danced with her – and bless her heart, she looked embarrassed at such a public display.

And in fact, the Swell Season thrived more on its musical chemistry – which makes sense, since the stage line-up featured Hansard, Irglova and members of Hansard’s folk-rock band the Frames: violinist Colm Mac Con Iomaire, bassist Joe Doyle and guitarist Rob Bochnik. Although a large portion of the night featured just Hansard and an acoustic guitar – pardon, Hansard treating an acoustic guitar like a metalhead would his electric, his strumming was so violent and fast – the full-band line-up exhibited nuance when performing Once soundtrack cuts “All the Way Down,” “When Your Mind’s Made Up” and “Leave.”

Naturally, the Oscar-winning soundtrack cut “Falling Slowly” – which Hansard introduced as “a song that’s treated us well this year” – drew tears (at least on my end) because of its loveliness, where piano and Hansard and Irglova’s harmonies aligned like a perfect first kiss. Other songs were just as gorgeous, however: An encore rendition of a song called “The Blue Shoes” which let Iomaire take the spotlight, was mournful, while a slow, evocative version of “The Moon” (which Hansard said they hadn’t attempted yet this tour) featured prominent heart-thrum drums, while the Frames’ “Rise” was buoyant and hopeful. A cover of Steve Earle’s “The Mountain” – prefaced by an exhortation to vote smartly – also anchored the encore. 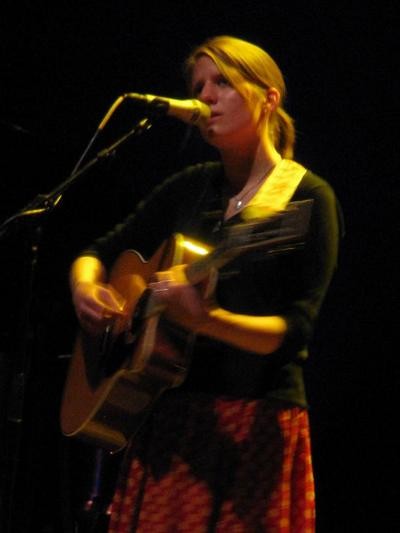 The reserved Irglova stuck largely to the piano, although she assumed lead vocals and played acoustic guitar for a few songs and started off the encore with a song cutely dedicated to “all the women in the audience” and a plea to have men treat them right. The boyish, ginger-haired Hansard seemed genuinely shocked (but thrilled) at the sold-out venue and rapturous crowd reception, thanking the audience multiple times and mentioning that this show was one of the best on the tour. His rambling pre-song banter sometimes detracted from the music – and he knew it; at one point he apologized for treating the crowd like psychiatrists-- but the vulnerability he demonstrated when revealing song origins brought added depth.

Several songs began with an introduction discussing the heart vs. brain dichotomy, the push-pull between rational thought and raw emotion; “This Low” was introduced as being about “wishing someone absolutely the best and realizing you blew it,”; and “Rise” was dedicated to “anyone in a low place.” His humorous interludes also charmed: Hansard improvised a song about St. Louis for about a line, interjected a snippet of Foreigner’s “Cold As Ice” before another song and mentioned The Big Lebowski and Freaks and Geeks, to much applause.

If anything, the Swell Season left the romantic chemistry up to the crowd, which was full of couples young and old. Attending alone, I wondered if any of Once’s magic would rub off on me. Would I catch the eye of someone at the show? Would a potentially intriguing potential find me? Would that elusive, slippery chemistry jolt me out of concrete reality and into the hazy, goofy glow of romance? (The answer, as per usual, was no.) But there was still something magical and romantic about the music unfolding onstage: an Irish troubadour and his cult rock band finally playing to adoring crowds after being together for years, buoyed by unexpected love and the notion that its heartfelt, wrenchingly honest songs have finally connected on a grand scale. 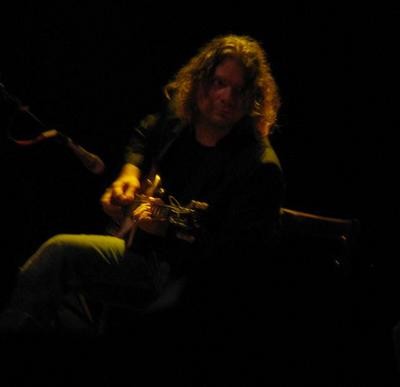