Bill Streeter's Lo-Fi Sessions Web site -- a series of performance videos he shot of local bands utilizing the City Museum's nooks and crannies -- is already making some impressive waves. In fact, as the photo below demonstrates, it's one of iTunes' "Featured New Video Podcasts" this week. Congratulations! 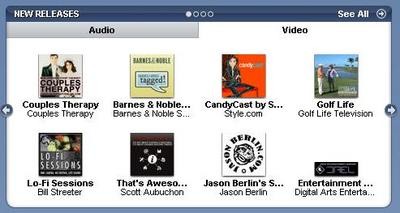 Here's his most recent video, a shot of last week's feature stars the Monads.

Streeter says that as of now he's focusing on Lo-Fi Sessions and Lo-Fi STL (of course), although later in the year he has something cool planned: "When Bill Chott gets back from pilot season in Hollywood, we're gonna start a sketch comedy podcast called Lo-Fi Fo-Fum which we will be shooting over the summer."