How Long Have You Been DJing? 9 months or so

Describe the style of music you play. I am super utilitarian. Usually, I play what I think the crowd wants to hear—anything from 2 Live Crew to Kate Bush. However, this opportunity gives me chance to play the electronic music that I love—The Field, Superpitcher, Ellen Allien, Nathan Fake, really anything off Kompakt or Border Community. 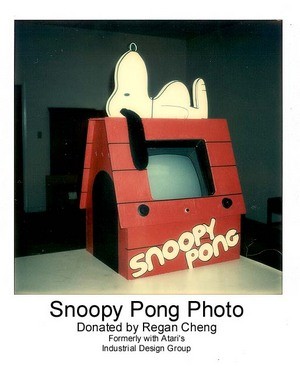 What's your favorite place in St. Louis to spin? I have never played a bar in St. Louis. I have never played anywhere official or legitimate ever. My experience is limited to the house party context. Every weekend someone drives me around with all my equipment and an impromptu soundsystem from house party to house party. If I can’t find a ride, I throw it all in a couple of shopping carts and start walking. I am pretty sure that I would prefer the house party vibe to the bar/club scene, which can be pretty pretentious at times. At house parties, you can play as long as you want, get away with anything, shoot off fireworks, etc.

Do you have a DJ idol? If so, who is it? I saw Carl Craig in Manchester, England at a soap factory, and I was upstairs getting a drink when I saw Carl, after his set, totally freaking out and dancing his ass off all by himself for some local DJ nobody cared about. After that, he became not just a DJ idol, but a personal hero. Maybe Brian Eno as well. Also, I saw Jazzy Jeff play old school Chicago house for five hours to a bunch of pasty British kids while launching fireworks into the audience—and they ate it up. That was pretty badass.

What made you get into DJing? Electronic music of all kinds was something I cultivated personally here and blossomed during my time in Europe. It got to a point where I just couldn’t keep it to myself. I had to share it with other people, and DJing just seemed like the best was to do it.

What's your guaranteed dancefloor-filler? Right now, almost anywhere I play, people go crazy for Daft Punk--which, I suppose, is the way it should be.

Who are you looking forward to see, if you win and get to attend Ultra? That's hard, but probably Erol Alkan

Why should people vote for you at the Spin-Off, to be the winner? Honestly, I just want everyone to have the best time possible. My concern is creating the most fun environment possible given the context--not necessarily putting on the best DJ show. I am not going to wow anyone with my technical virtuosity. I use sixty dollar software, a crossfader and one crappy turntable, but hopefully, my enthusiasm for the music is contagious.