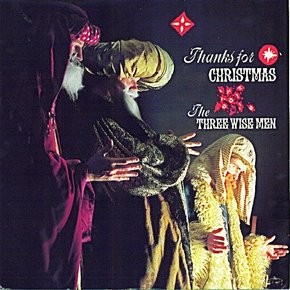 Contrary to a couple of phone calls I've received in the last week, it was XTC -- recording under the moniker the Three Wise Men -- which wrote and recorded the song "Thanks for Christmas." (Darlene Love -- who we wrote about here -- covered it. Not the other way around.) Released in 1983, the song was recorded in October of that year. Songwriting credits go to Kaspar, Melchoir and Balthazar -- fictional names meant to represent the members of XTC.

The song can be found on XTC's 1990 rarities album, Rag & Bone Buffet. Also on that album is the b-side to the single, called "Countdown to Christmas Party Time." To be honest, that's best left to the annals of time, as its stabs at hip-hop and funk (think Tom Tom Club) are uber-dated.

MP3: XTC, "Thanks for Christmas"